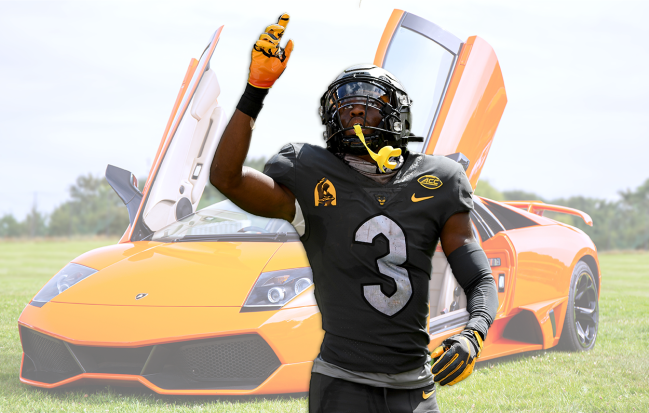 Jordan Addison is the biggest name in college football at the moment. The reigning Biletnikoff Award winner is on the market after entering the transfer portal and will be an instant impact player at whichever school he chooses.

Initially, on the last weekend of April, a report came to surface about Addison’s future and set off a wild chain reaction. According to multiple sources, the Pittsburgh wide receiver was set to transfer to USC on a massive NIL deal.

Three days later, Addison’s name appeared officially in the portal. Since then, his list of suitors have grown to become rather lengthy.

Considering that Addison turned down a high six-figure NIL deal to transfer to an SEC East program, an expensive bidding war is set to unfold. In addition to potential NIL opportunities, Pittsburgh’s quarterback, offensive coordinator and receivers coach from a year ago are all gone. Addison is also looking for the best fit that allows him the chance to best set himself up for the NFL.

Of the schools in pursuit of the nation’s top wide receiver from a year ago, Texas, Alabama and USC appear to be the frontrunners.

Addison was in Southern California working out with Crimson Tide quarterback Bryce Young last week, Trojans quarterback Caleb Williams infuriated college football fans by directly recruiting Addison on Twitter, and Longhorns running back Bijan Robinson has since done the same on Instagram after hanging out with Matthew McConaughey.

This week, Jordan Addison was in Austin for a campus visit to Texas.

While in the Lone Star State, Addison received an interesting new follower on Instagram. The follower has a direct connection to Name, Image and Likeness in Austin.

Earlier this month, Robinson signed an NIL deal with the Lamborghini dealership in Austin. On Wednesday, Lamborghini Austin followed Addison.

The timing of the luxury sports car dealership following Addison is interesting. He was in Austin as it happened, shortly after his potential future teammate signed a deal with them.

Should Addison end up at Texas, it will be interesting to see what his NIL portfolio looks like upon enrollment. Will @lamboaustintx’s Instagram follow have a direct correlation?