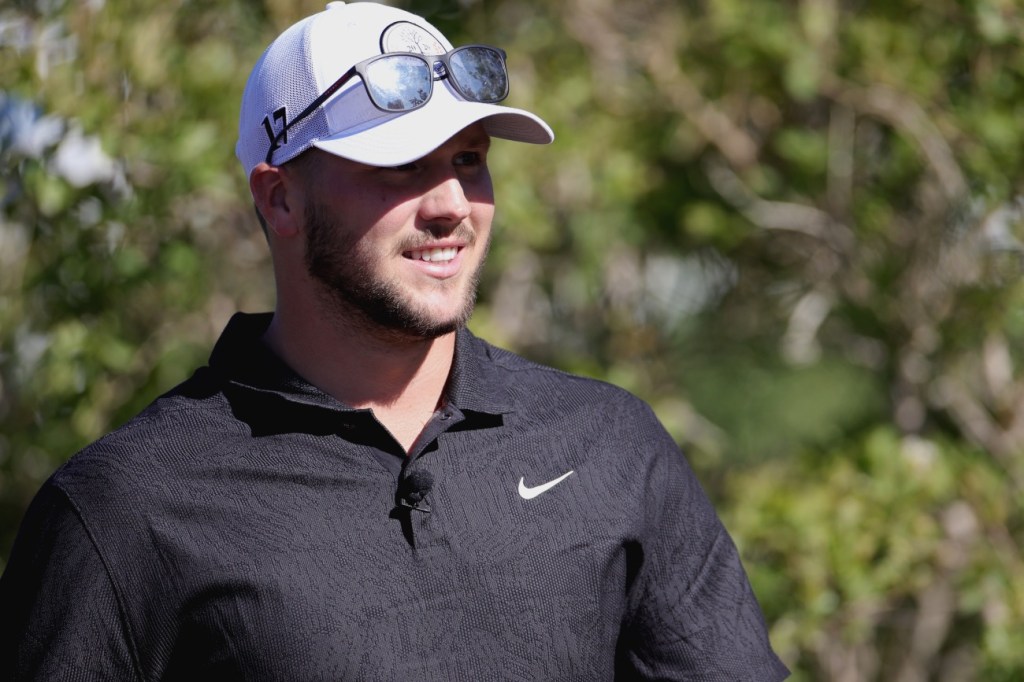 Legendary sportswriter Peter King was in Buffalo over the past week to observe the Bills’ preseason practice. This week’s Monday Morning Quarterback has a long lede about the current state of the Bills, recent changes, updates, and then a solid conversation with Von Miller amongst other tidbits from the preseason camp.

To his credit, Josh Allen left his hand there until Peter King shook it. Josh Allen looked around bewildered, wondering why Peter King was leaving him hanging. The video has started gaining some traction on Twitter and then immediately got the meme treatment from Buffalo Bills fans.

You know you’re a big-time writer when you can leave the best QB in the league hanging. 😂 @JoshAllenQB @peter_king pic.twitter.com/mycT04Zlsv

Here are some of the best fan reactions to Peter King leaving Josh Allen hanging for a handshake.

Josh Allen could’ve made it uncomfortable but he leaned into it and made it funny. He deserves some credit for that.

This was funny. Love how Allen leaned into the bit and had fun with it.

And here’s the man himself, Peter King, weighing in on the situation…

You know, that was a tad awkward. Sorry for that one, Josh Allen. Thanks for being a good sport. https://t.co/j7cSdbuMrM

Josh Allen is currently the favorite to win the NFL MVP with +700 odds. He’s followed by Patrick Mahomes (+800), Aaron Rodgers and Tom Brady (+900), and Justin Herbert (+1100). You can do with that information what you want.