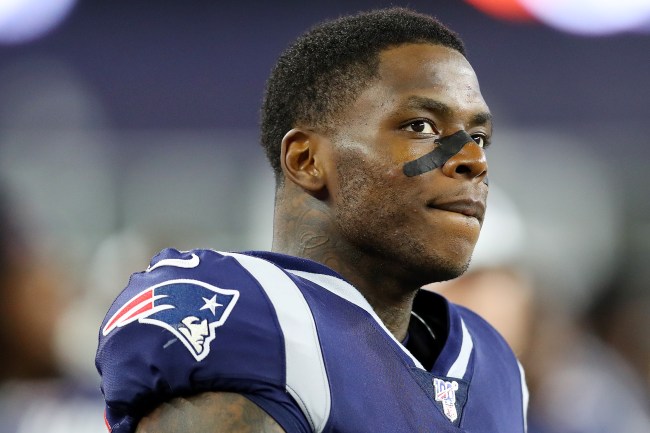 When you consider he was drafted in the second round of the supplemental draft, you can’t exactly call Josh Gordon a bust but I’m not sure if there are many players out there who have had more wasted potential than the wide receiver.

After a solid rookie season, the man dubbed “Flash” was suspended for violating the NFL’s substance-abuse policy, but despite missing two games, he still managed to lead the league in receiving yards before everything went to shit.

Gordon found himself suspended yet again—this time for ten games—after being arrested for a DUI and then missed the entirety of the 2015 and 2016 seasons as he continued to struggle with his addiction issues before ultimately checking himself into a rehab facility.

Following another incident in 2018 (this one non-drug related), Cleveland decided it was tired of dealing with Gordon’s bullshit and opted to give the Patriots another offensive weapon to add to their arsenal but (surprise surprise) he took another leave of absence before it was revealed he’d been suspended yet again.

The wide receiver was given yet another chance at a fresh start after being reinstated by the league over the summer but suffered another in a long line of setbacks when he injured his knee a couple of weeks ago, and on Wednesday, New England announced they’d be placing him on injured reserve.

The news came as a bit of a surprise, but based on his reaction, no one was more shocked than Gordon himself, who apparently didn’t seem to feel the injury was serious enough to warrant an IR designation.

Gordon believes he’s “close to returning to play,” could be available for other teams as a free agent soon, per @MikeGarafolo pic.twitter.com/1UJGGBe2MY

If Ian Rapoport is to be believed, this will mark the end of Gordon’s stint in New England, as he’s expected to be placed on waivers when he recovers.

#Patriots WR Josh Gordon was placed on Injured Reserve today because of two bone bruises in his knee that he dealt with before the injury against the #Giants, sources say. His time in NE is likely over as they are moving on. He’ll be waived off IR when fully healthy.

More on WR Josh Gordon: He exacerbated the bone bruises when he went down against the #Giants. It wasn’t a new injury suffered then. The team rested him a week, but he never looked quite right, I’m told. So IR now, he’ll work back to health, then land with a new team.