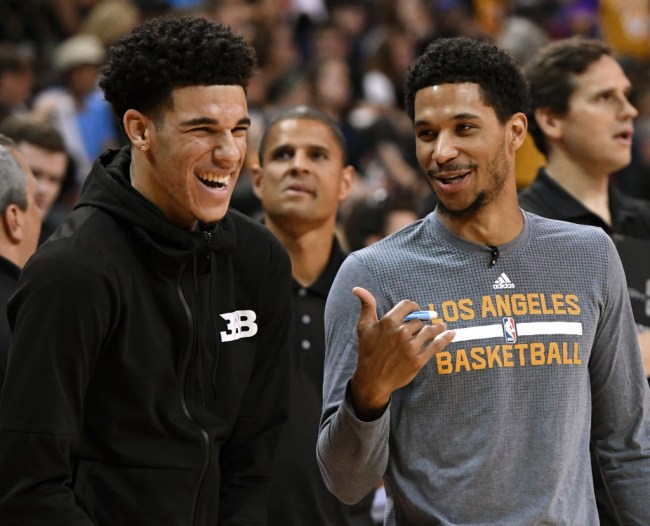 Evidently it’s not a requirement anymore to be able to shoot a basketball before being selected in a prime spot in the NBA Draft. Markelle Fultz, the first overall pick in the 2017 NBA Draft, literally forgot how to shoot a basketball the second he put on a Sixers jersey. Kobe Bryant said of Rookie Of The Year Ben Simmons’ jump shot: “I would say build that thing anew.” And second overall pick Lonzo Ball isn’t exactly a modern day Ray Allen.

Ball’s bizarre shooting form has been a point of contention and low hanging fruit for his haters. He begins his shooting setup on his right hip and ends up grazing his left ear before launching it, and according to ESPN’s Sports Science, this puts his shot angle about 50 degrees away from the “ideal” shot position.

Did Lonzo Ball change his shot form over the summer? https://t.co/lXE4iHHa4F pic.twitter.com/NFOEqKfV7u

Lonzo’s mechanical alteration apparently went unnoticed by his teammate Josh Hart, who was at a celebrity basketball event over the weekend and took the time out to roast Lonzo.