J.R. Smith Is Officially A Collegiate Golfer With His Eyes Set On A National Title 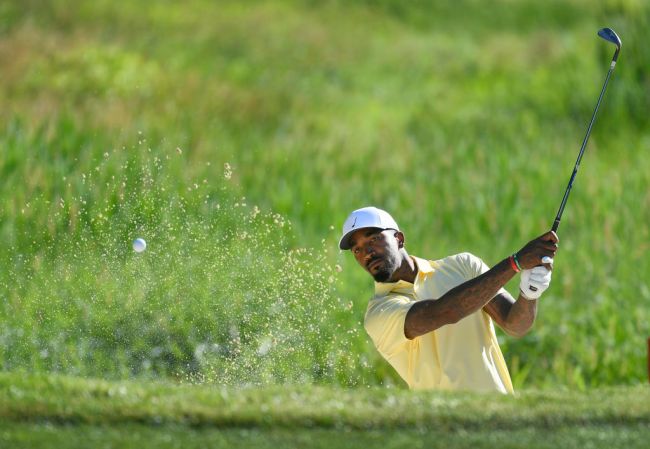 Two-time NBA champion J.R. Smith is taking his talents to the links. The 35-year-old is going back to school and has been officially granted eligibility to play college golf.

Smith, who announced a few weeks ago that he was enrolled at North Carolina A&T, was waiting to hear from the NCAA on whether he would be allowed to play for the school’s golf team. Per The Undefeated, he received good news on Tuesday and was cleared to compete.

J.R. Smith is cleared by the NCAA to play golf for @ncatsuaggies!

“It was probably one of the most exciting feelings I've had in a while. I really didn't know how it was going to go. … but to be able to actually call myself a student-athlete is a great feeling.” – J.R. Smith pic.twitter.com/eEGDOFX86Q

Classes began on Monday and Smith was spotted on campus at the HBCU in Greensboro with his wife. He is pursuing a degree in liberal studies.

Looking toward the season.

Smith will try to carve out a role for himself on the Aggies’ golf team and is already listed on the team’s roster.

Smith boasts a five handicap, which is impressive on any level. It is especially impressive considering that he dedicated his entire life to basketball.

His reasoning for loving the sport comes because the onus to succeed falls entirely on his shoulders.

“Golf is one of those games that has you feeling really high and or can bring you down to your knees and humble you,” Smith said to PGATour.com. “And to have that feeling and knowing that all of the game’s pretty much on my own hands and I don’t have to worry about teammates to pass the ball and receiving passes and playing defense so, I can play my game and just have fun.”

The Aggies finished second in the Mid-Eastern Athletic Conference last season, but will compete in the Big South moving forward. They are scheduled to play in eight tournaments this season, which is their fifth of existence as a program.

Smith and North Carolina A&T’s season begins on Sept. 24 with the Black College Golf Coaches Association Hall of Fame tournament and concludes on May 3.