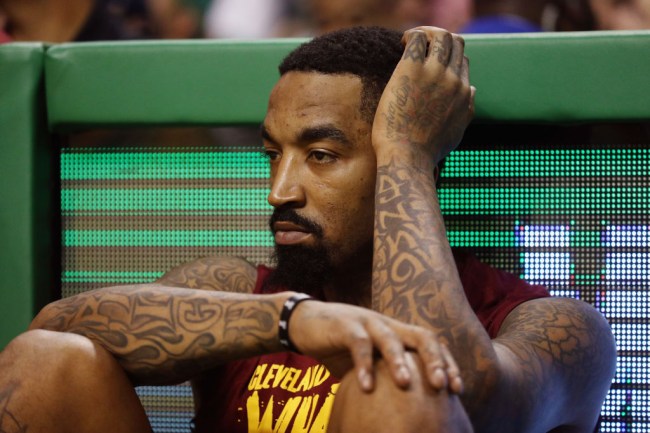 There weren’t too many memorable moments from this year’s NBA Finals, where the Golden State Warriors dispatched the Cleveland Cavaliers in four straight games on their way to their second consecutive championship. However, we did get one unforgettable moment when J.R. Smith pulled the most J.R. Smith move ever and was subsequently dubbed the real MVP of the series by Warriors fans.

It was a play that I assume most Cavalier supporters (as well as one particular player) would love to be able to forget (aside from all of the therapists in Ohio who saw a surge in demand for their services following the blunder). Unfortunately, we haven’t reached a point where you can just Eternal Sunshine yourself, so anyone looking for some catharsis had to figure out a way to cope.

Thankfully, Cavs fans were given a valuable opportunity when the jersey Smith was wearing when his brain fart occurred went up for auction a few weeks ago. It was the perfect chance for someone with too much money to do what people in Cleveland love to do more than anything by lighting the jersey on fire and ridding the world of the cursed item once and for all.

If a Cavs fan did in fact place the final bid, then whoever won the auction just bought one of the most expensive pieces of kindling you’ll ever find after dropping $23,548 to acquire the jersey. 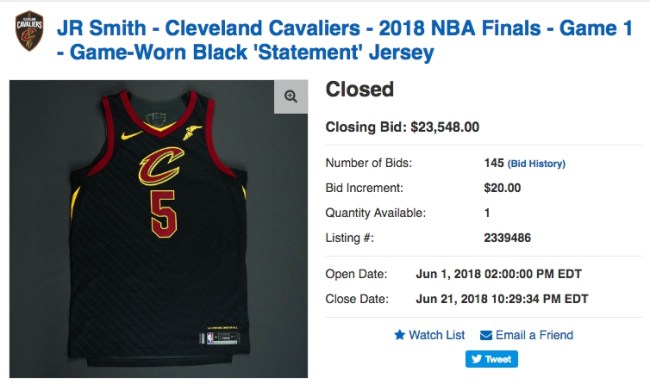 With that said, I wouldn’t be shocked if we see this getting lifted into the rafters at Oracle Arena next season along with the Warriors most recent championship banner.