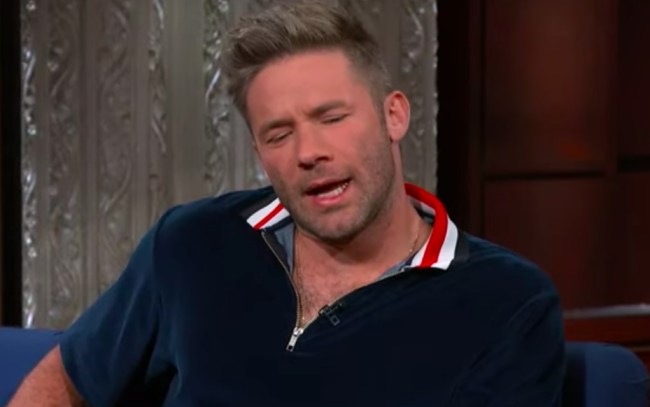 Screengrab via YouTube // The Late Show with Stephen Colbert

Julian Edelman has such a cool NFL story. A former quarterback at Kent State in college, the pint-sized player was drafted in the seventh-round of the 2009 NFL Draft by the New England Patriots, who converted him to a wide receiver once he hit the pros. Since then, Edelman’s been a big-time contributor, winning three Super Bowls and earning himself Super Bowl 53 MVP.

While Julian Edelman has proven himself over the past decade in the league, when he first entered the NFL, he was just a little runt who was probably overwhelmed with all that was being thrown at him. Forget the amount of info he had to learn — especially as he switched positions — because Edelman just had to get used to playing with the GOAT himself, Tom Brady, who was his new quarterback. Needless to say, the wide receiver was a bit nervous the first time he ever met Brady, which he detailed during a recent appearing on The Late Show with Stephen Colbert to help promote a new documentary about himself.

“The first time I met him was my rookie year, 2009,” Edelman said. “We just came in after rookie minicamps and when you’re a rookie you’re carrying around — back in that day, 10 years ago — you have a six-inch binder. Now everything is on iPads, but you’d run around with a six-inch binder, get to meetings 10 minutes early. Guys are strolling in, you know, the veterans, 30 seconds before. Like, they know what’s going on, but when you’re a rookie, you don’t know. I’m going into a meeting and right into the doorway Tom, like, runs into me and he goes ‘Hey, I’m Tom.’ I like almost drop my book and I’m like, ‘Hey, uh, nice to meet you, Tom. I’m Jules.’ He goes, ‘Hey, I heard a lot about you. Excited to have you on the team.’ It was definitely a frightening experience for me.”

At the time that Julian Edelman joined the Pats, the team had already played in four Super Bowls under Brady, winning three of them, so the quarterback was more than just a polarizing figure. But it’s interesting to hear Edelman describe how overwhelming it was to actually meet him.

Since then, well, Edelman and Brady seem to be pretty good buddies, with the two working out a lot in the offseason and the wide receiver even joining his quarterback and supermodel wife at the Meta Gala this year — which ended with Julian Edelman leaving with a model himself. So, yeah, sure seems like the wideout got over that initial fear of meeting a Hall of Famer.