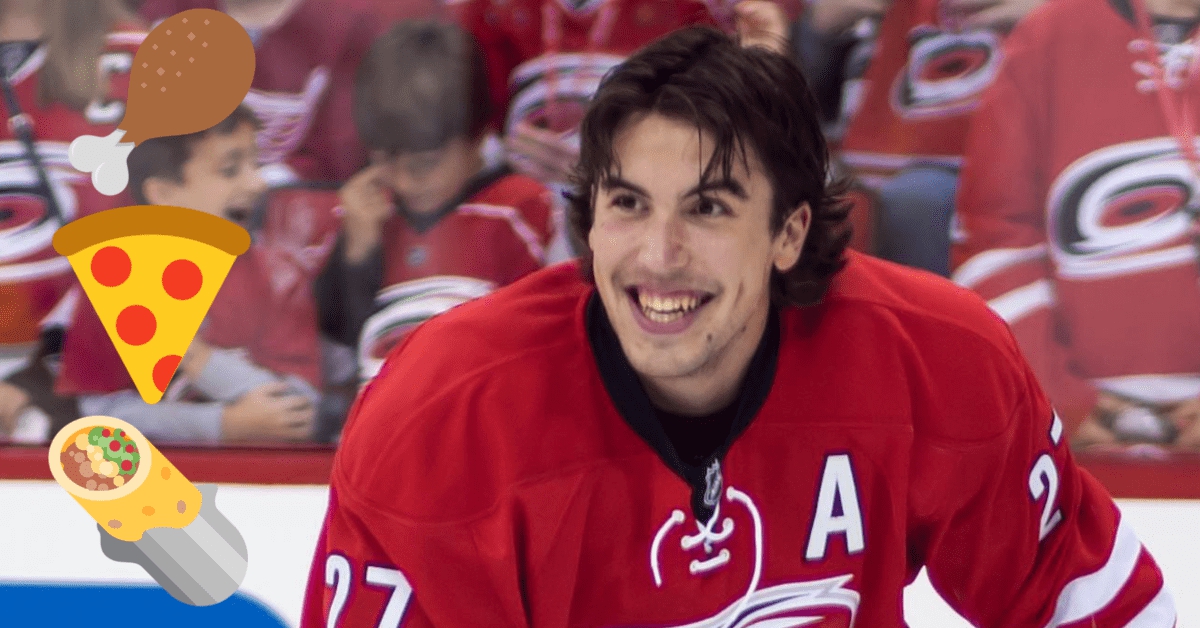 Justin Faulk of the Carolina Hurricanes scored, in my opinion, the most important goal of his entire career on Tuesday night. Faulk’s power-play goal at 10:36 in the second period tied the game for the Hurricanes, making it 3-3 against the Tampa Bay Lightning but that has nothing to do with the importance of this historic goal.

Justin Faulk’s goal, while it may not look particularly special, triggered all three of the potential Carolina Hurricanes’food promotions at once. First, take a look at the goal then I’ll explain more:

So, thanks to Reddit user u/Jimmy__Switch, Justin Faulk’s goal is being celebrated as the NHL’s first Fat Trick.

1. Any time Faulk scores, select Moe’s locations hand out a free side of queso the next day.

Use promo code CANES3 to get 50% off @PapaJohnsNC today after 3+ #Canes goals last night: https://t.co/J0A5lfGJpB pic.twitter.com/sL1taE0KJj

3. Bojangles’ gives free Bo-Berry biscuits to customers who say “I’m a Caniac, and it’s Bo Time!” the morning after the Canes score a power-play goal.

What a beautiful moment for us all. A historic day for the Carolina Hurricanes (even though they went on to lose the game), a proud moment for Justin Faulk, and a victory for fast food lovers everywhere.