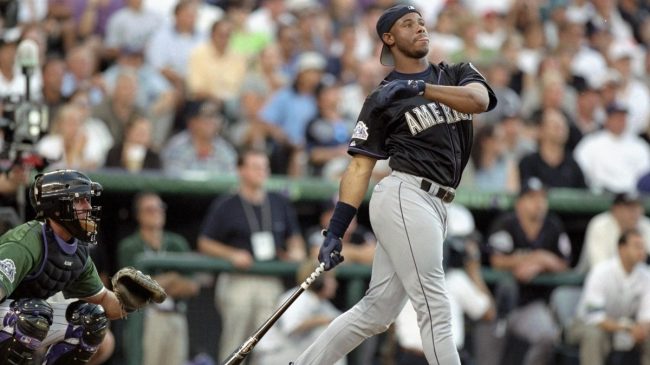 During his prime, Ken Griffey Jr. was one of the most exciting players in the MLB. Not only was he electric at the plate, but his fashion sense had every young kid wearing their hats backward as well. As it turns out though, it seems the former baseball star wasn’t trying to make a fashion statement after all.

During an appearance on The Pivot Podcast, the Mariners legend admits his backward hat wasn’t a fashion statement at all. Griffey shares a story of when he was a child, how he just wanted to wear his dad’s hat. Due to the size difference, Ken Griffey Jr. simply turned the cap around so the bill wouldn’t slide into his face.

Ken Griffey Jr. had young baseballers around the globe wearing backwards caps. It wasn’t a fashion statement. Junior says he had a “peanut head”, and he just wanted to wear his dad’s hat!@thepivot https://t.co/6DOkE3qwl3@FredTaylorMade @OfficialCrowder @alicialauren pic.twitter.com/RkOdBsT3An

Although he didn’t purposely make a fashion statement, the sporting world reacted as such in the 1990s. Between his stellar swing (arguably the best in baseball history) and his sense of swagger and style, Ken Griffey Jr. quickly became a fan favorite. People reenact his swing all the time. Additionally, a backward cap is now just a regular style.

It’s always cool to hear the truth behind some of the sport’s most iconic moments or achievements. Especially when it’s somebody like Ken Griffey Jr. who is an icon himself. The Mariners legend seems to have had a solid retirement so far, which is also great news. Look for him to possibly make an appearance in the postseason to root on his former team.