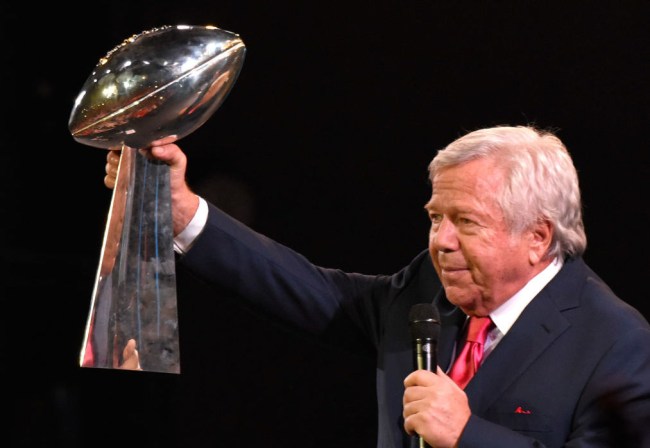 I’m going to go out on a limb here and assume you’ve never heard of Kenjon Barner, a former Oregon Duck who was picked up by the Carolina Panthers in the sixth round of the 2013 draft.

The running back has bounced around the league quite a bit since then, and last year, he found himself on the Patriots after the team signed him to a 10-day contract at the beginning of the season.

However, the year was a little bit of a roller coaster ride for Barner, who was cut by the team before being picked back up at the tail-end of September. He played a single game in Week 4 before being released yet again but was signed again four days after being cut for the second time.

Unfortunately, his second stint was incredibly short-lived, and by the time November rolled around, he found himself without a home after being cut for the third time.

As a result, he wasn’t on the roster when the Patriots took home yet another Lombardi Trophy after beating the Rams in Super Bowl LIII, nor was he in attendance at the party where the champions received the truly absurd rings they were gifted this year.

All about the details. pic.twitter.com/sIAtMCId4M

According to CBS Sports, the NFL “only” provides teams with enough money to produce 150 rings after taking home a championship but it appears owner Robert Kraft decided to splurge a little bit this year by using his own money to commission a grand total of 231—one of which was sent to Barner much to his surprise.

Say what you will about the Patriots organization but even their biggest haters have to appreciate this gesture.