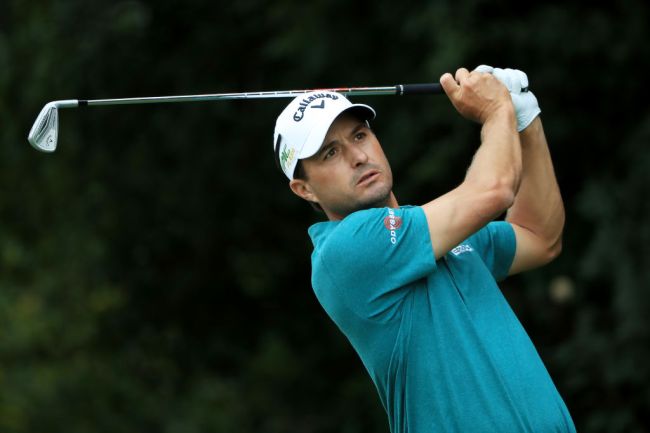 Nobody was expecting to start their Saturday off with some Twitter drama between a PGA Tour player and a former NBA player, but with Twitter being an unpredictable dumpster fire 99.9% of the time, that’s exactly what we got.

Rex Chapman, who you may know as either a former Kentucky basketball superstar or Twitter personality that has mostly gained his following by sharing other people’s viral videos and sometimes forgetting to give them credit, shared a tweet on Saturday morning about COVID.

In his tweet, Chapman explained that he has friends whose parents have passed away from the virus and that one of his children actually tested positive while also taking a jab at President Trump, who he is not a fan of.

My friends parents have died from Covid & Covid related issues. My parents are in & out of the hospital. One of my kids tested positive for Covid today.

Out of nowhere, Kevin Kisner decided to reply to the tweet, writing “guess they can’t follow the guidelines.” Kisner later deleted the tweet, but as you can imagine, this has started some flames on the Twitter machine. 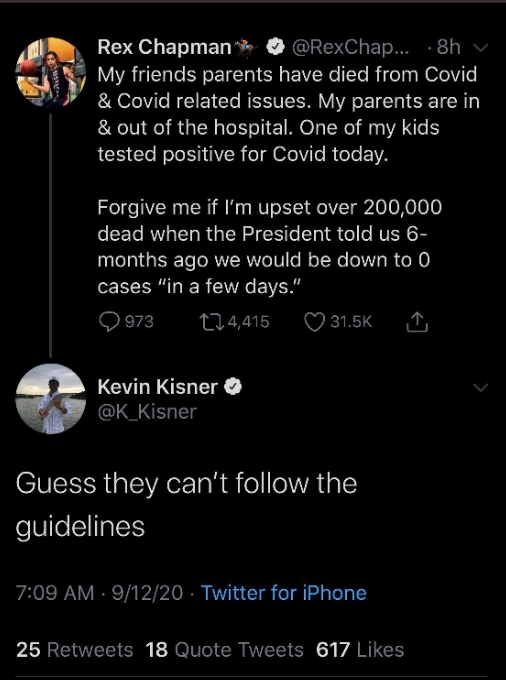 Chapman later tweeted that he would be blocking the three-time PGA Tour winner due to his comment.

I gotta block ya now

While there’s no denying that Kisner probably shouldn’t have hit the send button on the tweet, maybe he was actually attempting to mock the guidelines themselves and not the fact that Chapman’s personal life has been directly affected by the virus? You can be the judge on that one, though.

Earlier this morning, I made a reckless comment. I diminished the real experience of pain and loss suffered by many during the pandemic. I am not without empathy, but I certainly exercised poor judgement. I apologize to @RexChapman and anyone else that was hurt by my comment.