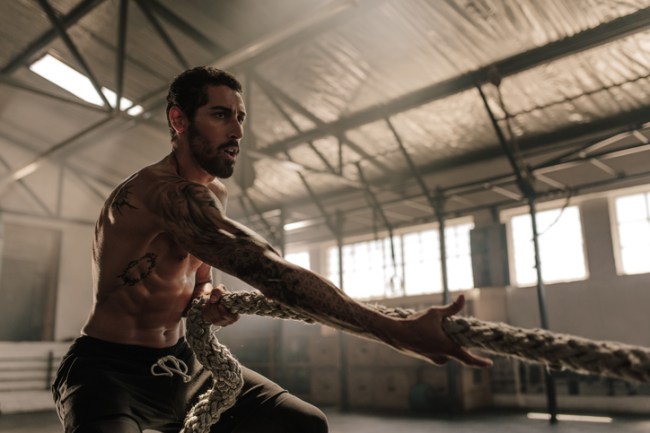 Every single year long weekends and the holiday season punches us right in the face with a little dose of what life would be like in a fantasy world. There’s very little work, more drinking than even the strongest liver can reasonably handle, delicious foods, and maybe a little sexy time from an old high school flame.

For the most part, it’s outstanding. Until you take a look in the mirror.

That 2-3 week period full of Christmas parties and New Years debauchery can really do a number on your physique if you’re not careful. And let’s be real, none of us are during the holidays. But it’s the shorter holiday’s like Memorial Day, Fourth of July and Labor Day that do sneaky damage to our bods.

People usually come out of the holidays so sick of eating and drinking that they’re hell bent on getting things back under control. Hell, they might even decide they’re going to try and get abs.

If you find yourself in that camp, then I’ve got your back. I’ve spent more post holiday hangovers trying to get my shit together than I care to count. I’m ashamed to say I’m almost a pro at it.

Let’s not do anything crazy and say we’re giving up the sauce for good, okay? I love beer and bourbon too much to give it up forever. But when I’m trying to drop fat, especially after a period of serious indulgence alcohol is usually the first thing to go.

Why? Alcohol is the very definition of an empty calorie. It provides absolutely 0 nutritional value. Not only that, it lowers your inhibitions. Which I’m sure you’ve noticed on more than one morning.

I like to give up booze for about 4 weeks following a period like the holidays. It allows me to focus on eating better foods, drink more water, and even start feeling like a productive human being again.

The biggest mistake most people make is stepping into the gym without a plan. A random workout will get you random results. The same can be said of your diet. Randomly eating healthy foods mixed in with too many calories and junk food won’t do anything for you.

If you’ve been winging it in the gym, now is the time to stop it. Set a goal. It could be getting under 10% body fat, squatting 300lbs, or getting 18-inch arms. It doesn’t matter.

What does matter is that you set a goal, find a plan for that goal, and then chase it. 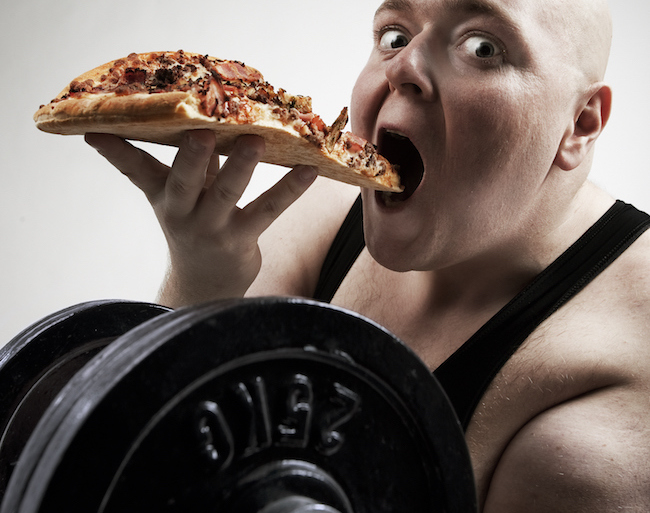 Much like alcohol I wouldn’t be so crazy that I think everyone needs to give up delicious junk food forever. I’ll forever love wings, fries, donuts, and any other culinary delight that is absolutely terrible for me.

But after the holidays, a time where I usually eat more shit food than any other point in the year, I like spending a few weeks cutting those foods out entirely.

I even spend 3-4 weeks eating typically “clean” foods (yes, I know that term will get me crucified by the Internet – we all know what it means fuck face. Go debate semantics somewhere else.)

Why? Because whole, nutrient dense foods are low-calorie, satiating, and support training and recovery. You also crave what you eat more of. If I’ve been eating too much shit, I’ll crave shit. So it’s usually wise to get things in check by focusing on whole, nutritious foods for awhile.

As an added bonus it turns out that whole, nutrient dense foods are full of vitamins and minerals. I hear these are good for you.

Clean eating and cardio in the same article? I swear I’m not trolling. Turns out both of these things actually work for fat loss. Especially if you’ve been spending a few weeks throwing back too many beers and eating too much shit.

Do you need to start doing 2 hours of cardio a day? Don’t be ridiculous.

Instead, start trying to get 2-3 30-minute steady state cardio sessions in per week.

You can do HIIT if you want. But if you’re going to do HIIT do it properly. Give yourself time to fully recover, and really go balls to the wall during the times you should.

This is usually pretty difficult for most people after periods of gluttony, which is why I like using steady state cardio for 3-4 weeks before moving to more advanced forms of cardio.