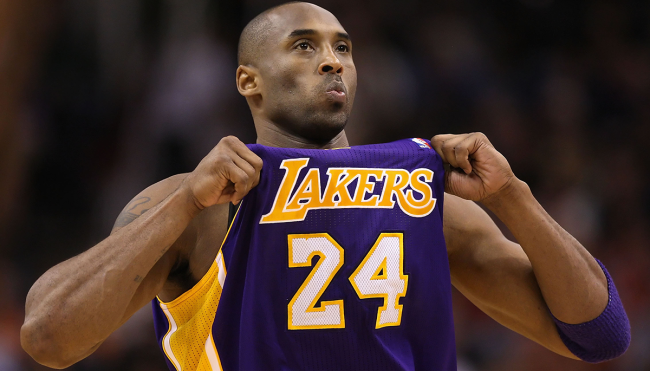 Over the course of his career, Kobe Bryant established himself as one of the most dominant players the NBA has ever seen. The basketball legend was cut from a different cloth, and there is no shortage of stories that highlight the famed “Mamba Mentality” that contributed to his many, many achievements.

A ton of stories about Bryant’s truly unparalleled work ethic have come out in the wake of his passing. Last month, Julius Randle revealed he harnessed one of Kobe’s lessons to help him transform into a force to be reckoned with, and earlier this week, his former trainer Tim Grover shared some fascinating anecdotes about his impossibly intense training regimen.

Grover also stopped by The Complex Sports Podcast earlier this week and shared another fairly bizarre tale about grabbing a meal with Bryant that proves he didn’t have an off switch.

Kobe: "I need a table for four"

Kobe used to have extra seats at restaurants for his alter-ego. His former trainer @ATTACKATHLETICS shares an untold Kobe story.

Here’s what went down:

He gets a table for four, and two people see us and get the balls to approach Kobe and ask if they can sit down. Kobe said, ‘These seats are taken.’ The guys were like, ‘Oh, he’s just being a big this big a—hole not letting anyone sit down.’

I said, ‘Kobe, who are those seats for.’ He says, ‘Wherever I go, everybody that tries to hide their skeletons; I bring everything and all of them with me. The good, the bad, the indifferent. Those seats are for those individuals, because they make me who I am.

The crazy part is we actually ordered four drinks. Those other two drinks were sitting there before he was getting ready to leave. He walked out, and I took the two shots real quick. You can’t leave good tequila on the table.”

Is it a pretty weird move? Yes, but I’d argue it’s not nearly as weird as inviting yourself to sit down at Kobe Bryant’s table and asking like he’s the jackass for denying your request.