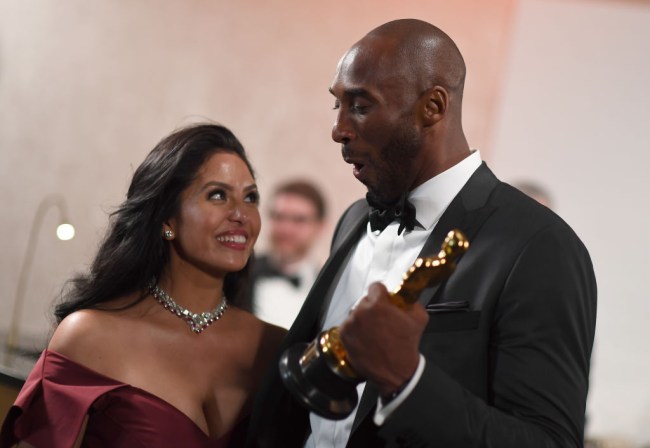 It’s been two days since Kobe Bryant passed away in a helicopter crash along with eight other passengers—including his daughter Gianna—and people around the world are still coming to terms with the sudden death of the basketball legend.

It’s almost impossible to fathom just how tragic this story is but one of the things that hits the hardest is that the Bryant family is coping with a virtually unthinkable loss, as his wife Vanessa lost a husband and a daughter and their other three girls are now without a father and their sister.

Kobe and Vanessa first started dating in 1999 and it only took them six months to get engaged before they eventually tied the knot a year later. It’s not a secret that their marriage hit a few road bumps in the decades that followed, and while Vanessa filed for divorce in 2011, the two of them were able to reconcile a couple of years later and went on to have two more children.

Kobe constantly praised his daughters and frequently expressed the amount of joy they brought him as a dad and did everything in his power to ensure he was present in their life as much as possible despite the demanding schedule he had and the amount of work he put in to become one of the most dominant basketball players to ever step onto the court.

In order to avoid sacrificing valuable hours on an almost daily basis by getting stuck in Los Angeles traffic while commuting back and forth from his home, Kobe purchased a helicopter that he frequently used to commute and cited his family as the motivation for doing so in an interview a couple of years ago.

The story behind why Kobe used a private helicopter in and around Los Angeles…🖤💔🏀🌎🖤 pic.twitter.com/f77OM6CtT8

However, it appeared he was more than aware of the risks that came with his preferred method of presentation, and according to an unnamed source that spoke with People, he and Vanessa made a vow to never travel on the chopper together to ensure their children would always have a parent if something ever went wrong.

There’s really nothing that can be said to help ease the pain the Bryants are dealing with but our thoughts go out to them during this unthinkable time.