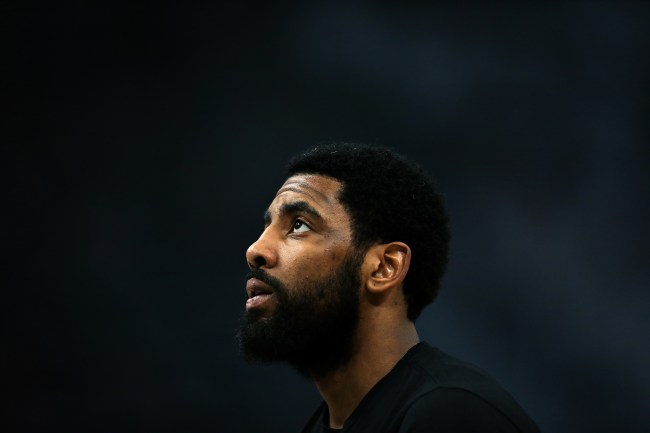 Kyrie Irving returned closer to home this offseason by signing with the Brooklyn Nets and joining forces with Kevin Durant and DeAndre Jordan. And while both Irving and Durant got max deals from the team, some details about the language in the contract have been released and, boy, does the six-time All-Star point guard have to hit some serious incentives to actually get his max salary.

Don’t get me wrong, the fact that Kyrie Irving signed a four-year, $140.6 million deal with the Nets means he’s going to get paid no matter what — after all, his annual salary for the first year is at $31,720,000. But don’t be fooled by that whole “max contract” thing, because there’s still $1 million left on the table for Kyrie to get the full value of his “max” deal this year.

According to NESN, in order for Irving to really get his max money, he’s got to hit a laundry list of performance goals and incentives. Obviously, the dude can hit them all to make that cash, but it definitely won’t be easy. Just take a look at some of what Kyrie Irving has to accomplish.

Irving has a chance to earn that extra dough if he completes eight incentives on his contract, with each one valued at $125,000, according to ESPN’s Zach Lowe and Bobby Marks.

OK, so some of those are probably going to be doable — like the fouls per game thing, the free throw percentage thing and the turnovers per game thing. But considering Kyrie Irving hasn’t exactly been the healthiest of players the past few years, averaging just about 63 games in the past two years and believed to have an “old body” by some teams, who knows if he’ll hit the games incentive.

Obviously, Irving is making over $31 million regardless, so losing out on another $1 million probably isn’t a big deal to him, but it’ll still be interesting to see if he’s able to hit some of those wild incentives to earn the extra cash.