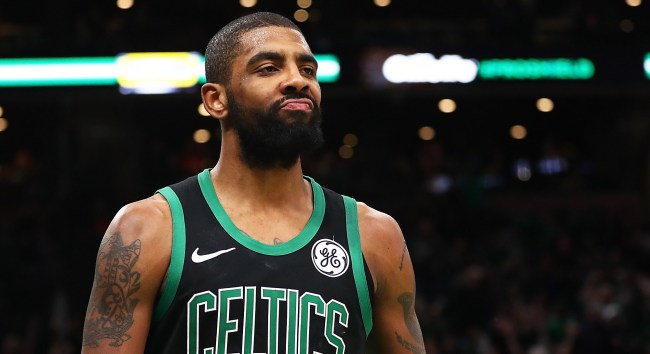 Based on the number of times during the 2018-19 NBA season we heard about Kyrie Irving being unhappy in Boston, or his Celtics teammates being unhappy with him, it was inevitable that he would opt out of his contract at season’s end and begin shopping for a new home.

Little did we know that he would end up in Brooklyn playing alongside Kevin Durant next year (and despite Isiah Thomas saying there’s no way it would work).

On Monday, Irving took to Instagram and Twitter and attempted to explain the reason behind his decision to leave Boston for the Nets… and it has nothing to do with his BFF Kevin Durant. [insert eye-roll emoji here]

Irving, who grew up in West Orange, New Jersey, and played high school basketball for Montclair Kimberley Academy, says it’s all about his roots.

“It was, fourth grade, I had just gotten done watching the Nets in the Finals and when I knew that this is a dream that I want to fulfill, I had to manifest that, I had to go get it,” Irving says in the video he posted to social media on Monday. “I had to put in my time. I had to put in my hours. I had to relentlessly work on a craft, and do it with a passion and love that no one could take away from me.”