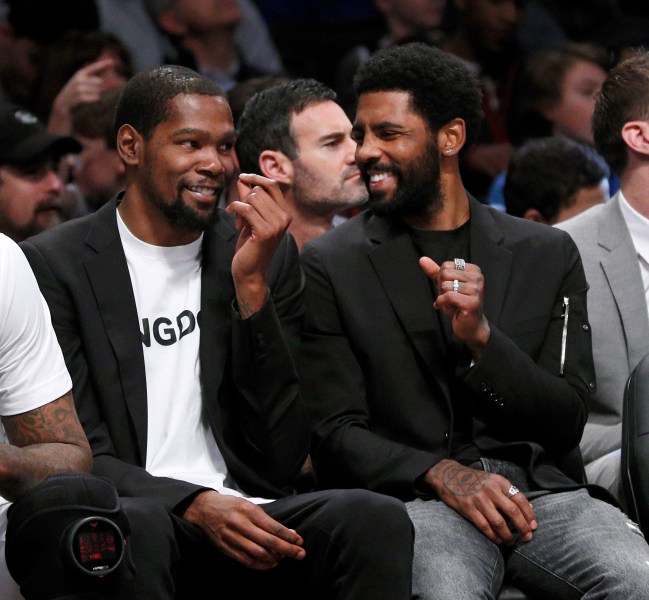 When Kyrie Irving and Kevin Durant joined forces last NBA offseason by both signing with the Brooklyn Nets, many believed they would be the new best in the East. Coming off a surprising playoff appearance the year prior, this was supposed to be the season where the team took a big step forward, could set a good foundation as KD recovered from his Achilles injury, and then legit compete for a title come 2020-21. Oh, how things have changed.

Even before having season-ending surgery on his shoulder, Irving had been a shell of himself. He wasn’t displaying the things that have made him a bonafide superstar in the league — probably because he hadn’t been healthy — nor had he seemed to mesh with some of his teammates; which is something he was criticized for doing during his two seasons with the Boston Celtics. Needless to say, it has been a forgettable season for both Kyrie.

However, for all intents and purposes, the Nets as a whole have been overachieving. No, they’re not one of the title favorites — as many had presumed when Irving and Durant signed with them — but they’re still in the playoff picture. It’s why the team’s announcement that they fired head coach Kenny Atkinson came as a surprise, because, in the public eye, the team appeared to be playing well for him, given their thin roster.

Somebody has to explain why a GREAT Coach like Kenny Atkinson gets fired?

Since Kyrie Irving has a history of being a little salty — see: Cleveland and Boston — there are rumors that he and Kevin Durant played a big role in Atkinson losing his job.

According to a piece published in The Athletic by Shams Charania and Alex Schiffer, the two megastars did play a role in getting Atkinson fired, but they weren’t the ones who spearheaded it.

“Durant and Irving never connected with Atkinson and there was a growing belief that they did not have interest in playing for him when this team is whole again next season, sources told The Athletic.

“It was not limited to just Durant and Irving, though. Several other players are also said to have begun disconnecting with Atkinson.

“To be clear, a directive from Irving or Durant was not given to fire Atkinson. Marks and his front office are leaders of the franchise. The proper research must be done, and gathering a pulse of the franchise is always ongoing. The belief had been that the stakeholders involved in the franchise would evaluate everything at season’s end. However, enough information had been gathered prior to that, and even Atkinson, sources said, started to understand he had lost his most critical players. As a result, the Nets’ front office had to take all of the information it had at its disposal to make a difficult decision.”

That’s pretty interesting, right? Then again, Irving and Durant are two of the biggest stars on the planet, so it’s only natural that people point fingers at them when something like this happens. But there appears to be more to the story, because, per the same report, when the Nets recently held a team meeting, Kevin Durant sent a powerful message to his teammates and the franchise: a title-contending culture wasn’t being built.

The Nets held a spirited team meeting, according to sources, starting with several veterans expressing that they wanted to see Spencer Dinwiddie play like the player they know, and later with people in the room calling out Dinwiddie and DeAndre Jordan. Then perhaps the most critical thing of all happened: Sources say Durant chimed in, pointing out that the Nets must improve their habits and that they were not building the proper culture traits necessary for a title contender.

The Nets’ front office can say whatever they want to, but if Kevin Durant’s claiming things like that, there will be changes — and it usually means a coaching change.

Who knows what happens with the Nets moving forward, but with Kyrie Irving and Kevin Durant both already winning at least one championship and itching for more, the next head coach better be somebody who can handle two big personalities.