Did Kyrie Irving Really Call Into A Radio Show Using A Fake Name To Tear Into Celtics Fans For Criticizing Him? 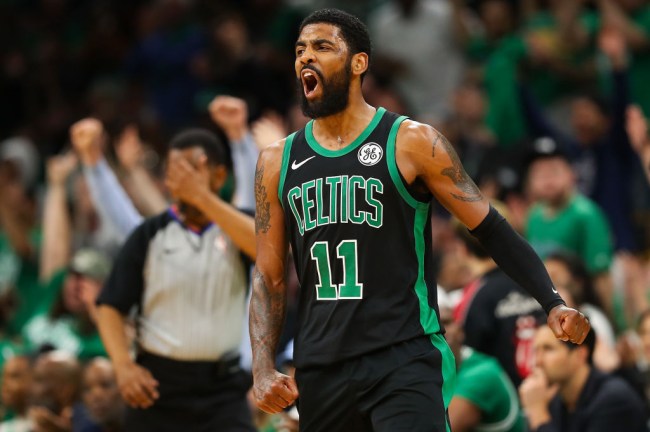 The Boston Celtics had high expectations heading into this season but failed to live up to them after getting beaten up by the Bucks in the Eastern Conference Semifinals, and following their elimination, it became very clear that not all was well in the locker room.

After getting knocked out of the playoffs, reports started to emerge that Kyrie Irving’s teammates couldn’t wait for him to sign with another team in free agency—the Nets currently appear to be the frontrunners despite some trepidation—and multiple players (both current and former) said he was a straight up pain in the ass to play with.

Celtics fans were generally supportive of Irving when things were going well but the tides steadily began to turn when things went south and he’s recently been at the receiving end of a fair amount of criticism in Boston.

Earlier this week, someone named “Mikey” decided to call into 98.5’s Zolak and Bertrand to defend Irving’s honor, but if the hosts are to be believed, the caller was actually Irving himself.

Here’s a clip of the segment for your listening pleasure.

DID KYRIE IRVING CALL INTO A RADIO SHOW TO DEFEND HIMSELF? pic.twitter.com/KYbdPG8wYr

Of course, this conspiracy is particularly rich when you consider Irving is the embodiment of every single guy who got way too into Loose Change when they were in college—a Flat Earth believer who put the Illuminati’s all-seeing eye on his signature shoe and may or may not be a member of a New Age cult that believes in aliens.