Kyrie Irving Reportedly Sat Out Game Vs Sixers Because He ‘Just Didn’t Want To Play’ After U.S. Capitol Riot 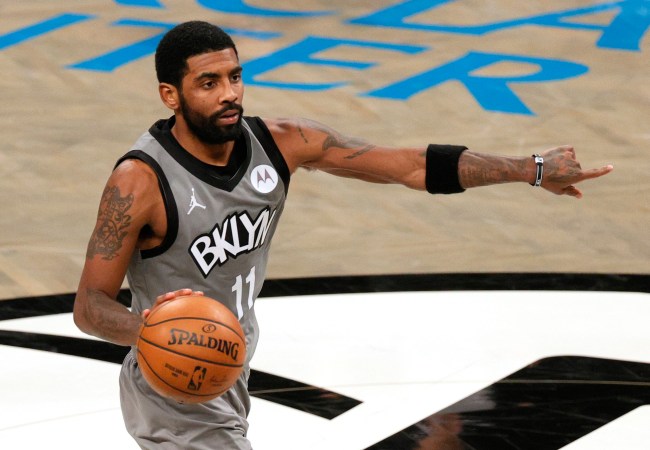 On Thursday afternoon, Brooklyn Nets guard Kyrie Irving mysteriously decided to sit out the team’s against the Sixers due to personal reasons. According to Nets coach Steve Nash, Kyrie didn’t respond to his texts when he tried to contact him.

Nets star Kyrie Irving will miss tonight's game against the 76ers due to personal reasons.

Kyrie Irving did not play in the Brooklyn Nets’ 122-109 victory over the visiting Philadelphia 76ers on Thursday night because of personal reasons.

Speaking to reporters an hour and 45 minutes before tipoff, coach Steve Nash said he “just found out” that Irving would not be playing.

“I sent him a message in the last half-hour and haven’t heard back yet,” Nash said. “But obviously thinking about him and hope that all is well. It’s a private matter.”

According to NBA insider Scoop B, a source told him that the Nets superstar just “didn’t want to play.”

Kyrie Irving’s reasoning for not playing in tonight’s game per a close source: “I just didn’t want to play.”

Jason Dumas of Kron4News went on to report that Kyrie decided to sit out after what transpired in Washington D.C on Wednesday.

Source: Kyrie Irving sat out of tonight’s game because of what transpired on Wednesday in Washington DC.

It is worth noting that earlier this year Irving advocated for NBA players to sit out during the Black Lives Matter protests. It’s currently unclear when Kyrie is set to return to the team.

Kyrie Irving is not expected to join the Nets on their flight to Memphis tonight, per a source. ‘He’s not coming’ is what I was told. BKN plays the Grizzlies Friday @TheAthleticNBA