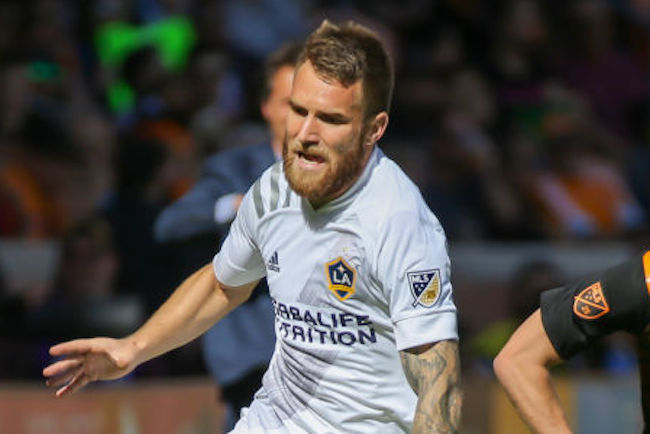 Anyone who’s been in a relationship knows you and your significant other are never going to see totally eye-to-eye, but if you’re serious about making things work, you have to make a conscious effort to overcome your disagreements and try not to make a huge deal about any pet peeves you have despite how insane they may drive you.

For example, I am hopelessly addicted to Twitter, and my inability to go more than 12 minutes without refreshing my feed is an issue my wife has brought up on multiple occasions. While she could care less about that platform, she has a similar affinity for Instagram, which I’m only on when I appear in the pictures of us she insists on posting more often than I prefer.

However, at the end of the day, we’re not letting social media drive a wedge in our relationship but I’m not sure if the same can be said for former LA Galaxy midfielder Aleksandar Katai and his wife Tea, the woman responsible for the use of the word “former” in this sentence after he was released by the team on Friday in connection to the racism and calls to violence found on her Instagram earlier this week.

As you’re likely aware, racial tensions and incidents of police brutality in the United States have recently escalated quite a bit, and on Tuesday, the non-soccer-playing member of the Serbian duo threw up some posts on Instagram mocking protesters and the Black Lives Matter movement.

Tea Katai, a white, cop loving woman who is only "relevant" because she married a footballer has expressed her very racist opinion on her insta story in Serbian because that way her english speaking followers couldn't understand it. please PLEASE do something pic.twitter.com/SeLpdjgK1S

Aleksandar was quick to distance himself from the posts in question (which were eventually deleted) and the Galaxy issued a statement of their own saying they would be meeting with him to discuss the matter on Thursday.

A statement from the LA Galaxy on Tea Katai. pic.twitter.com/tfGDMUomIo

I’m not sure what went down during the sitdown, but on Friday, the team issued a much briefer statement than the one it put out on Wednesday when it announced Katai has been released (although it’s worth noting they described it as a mutual agreement).

The LA Galaxy have parted ways with Aleksandar Katai. pic.twitter.com/mcu0fTreC8

I have a feeling dinner at the Kaiti household might be a little awkward tonight.