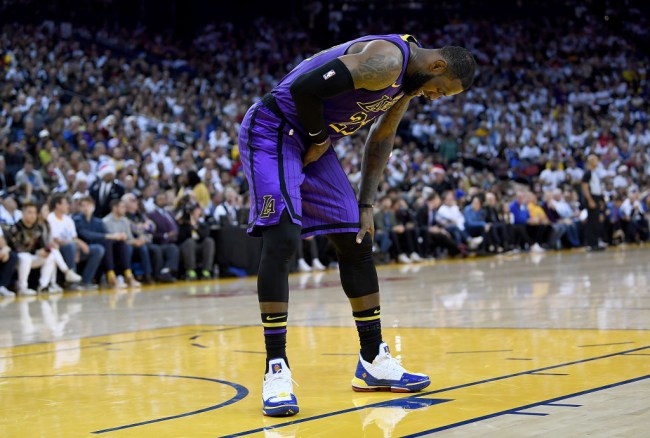 LeBron James is superhuman. James has played in 94% of possible games in his career, never missed a playoff game, and last season, at the age of 33, played in all 82 games. As USA Today points out, LeBron has never played in fewer than 84% of one season’s games, a mind-boggling stat that could not be possible without the all-time great spending seven figures a year on his health.

LeBron’s 15 years of durability almost sustained a rare chink in the armor on Christmas day when the 33-year-old left the game in the third quarter against the Warriors with a groin injury. After the injury, James could be seen saying that he felt a “pop,” which would undoubtedly spoil the title hopes held by Lakers fans.

Thankfully, an MRI on Wednesday showed that James suffered just a groin strain and is listed as day-to-day.

Dodged a bullet! Sheesh. 🙏🏾 to the almighty above! #BackInNoTime

The collective exhale from Lakers fans was palpable.

Take your time, Lonzo gonna pour in 7 and 4 in your absence.

When you find out Lebron's injury is day to day and he's not severely hurt 🙌🏻 pic.twitter.com/iRrs7aSZM8