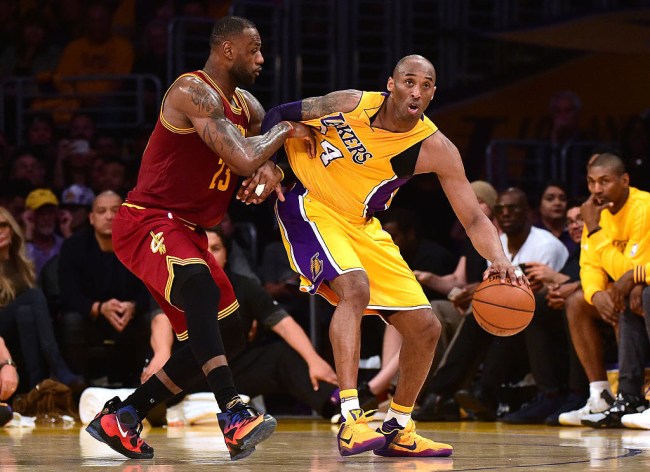 After months of speculation, LeBron James officially joined the Los Angeles Lakers this week, ridding himself of the terrible curse of having to play with J.R. Smith in the process. The signing was a fantastic development for Lakers fans, who haven’t had much to cheer about since Kobe Bryant stopped playing basketball and started winning Oscars.

Bryant recently threw some shade at LeBron and suggested the ex-Cavalier underestimated the talents of his former teammates but was one of the first people to congratulate James after he joined the team. While Bryant is arguably the greatest Laker of all-time, there’s no arguing the signing set the stage for the likes of Stephen A. Smith and Skip Bayless to spend way too much time debating if LeBron is the best player to ever don a Lakers uniform.

It’d be hard to find a Lakers fan who isn’t happy to have LeBron on their squad but that doesn’t necessarily mean everyone is going to take kindly to any comparisons between him and Bryant. This became very apparent this week after someone managed to slap James’ face on a mural that was painted on the side of LA’s Shoe Palace after Kobe’s retirement a couple of years ago.

On Tuesday, Lakers fan and Kobe stan Anthony Perez discovered the mural had been defaced and decided to do some literal defacing on his own by channeling the spirit of the guy who chucked a shoe at George Bush (or, alternatively, Random Job from Austin Powers).

In the immortal words of Tenacious D: That’s dedication, holmes.