The Lakers Are Terrible, But Lebron Proved He Still Is Elite With Monster Performance 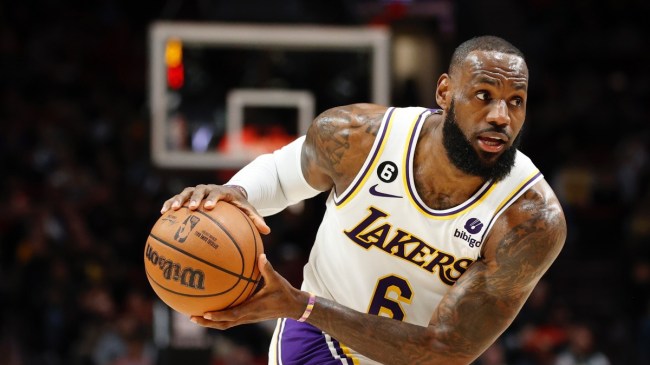 Despite Having LeBron James and Anthony Davis (when he is occasionally healthy) the Los Angeles Lakers are not a fun basketball team to watch. The offense doesn’t flow correctly, they’re old and slow on defense, and they lack overall athleticism.

But, sometimes, LeBron James reminds us how good he is. The 20-year veteran is closing in on Kareem Abdul-Jabaar’s all-time scoring record, and he’s averaging 30-8-7 this year.

That’s a remarkable stat-line for someone with as much mileage on the tires as James. To be doing that in in his 20th season is incredible.

And, last night was a vintage LeBron performance. Sure, the Lakers lost, but he was incredible. When he’s having single-game achievements that he’s never had before after all these years, you know it was a special game.

46 points and a CAREER-HIGH 9 threes for @KingJames.

Sheesh. Make sure you watch those highlights. He was tremendous.

LeBron doesn’t deserve to have another season of this level of play wasted.

But, despite the loss, he became the first player in league history to score 40 points against every team in the league. That’s remarkable.

HE JUST BECAME THE ONLY PLAYER IN NBA HISTORY TO SCORE 40 POINTS AGAINST EVERY TEAM IN THE LEAGUE 👑 🐐 pic.twitter.com/14CEAkmRZe

And, at 38 years old, LeBron can still do this.

Again, please get him off this terrible team and let the best player of our generation play meaningful basketball in the twilight of his career.
The Lakers are 22-26 and sit in 13th place in the Western Conference.