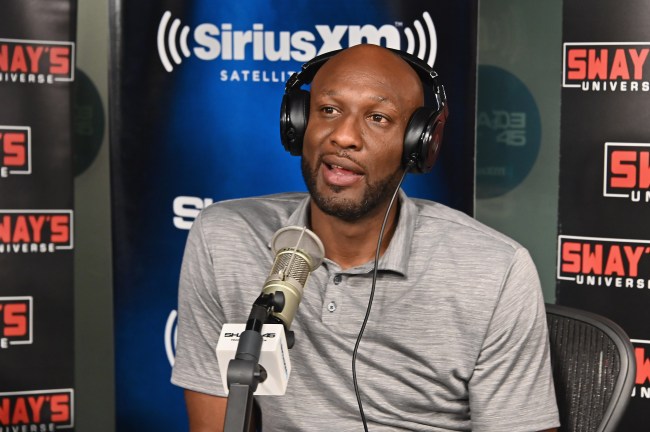 Lamar Odom used to have it all, man. The former NBA player — who was selected No. 4 overall in the 1999 NBA Draft — played alongside guys like Kobe Bryant and Dirk Nowitzki, and won two NBA titles and a few other individual awards during his 14-year NBA career. Unfortunately, Odom fell from grace in a bad way, falling into a dark addiction that nearly cost him his life.

While Lamar Odom’s addiction problems are well-publicized — with the guy admitting that he suffered an incredible 12 strokes and six heart attacks — the fact that he’s still here to talk about his life is pretty inspiring. It’s one of the reasons why he continues to be in the news, because, for most of us, it’s hard to believe that a person could withstand all the punishment he did and still come out on the other side. Odom himself even claims he’s a “walking miracle,” according to his doctors.

“All my doctors say I’m a walking miracle,” Odom said. “They couldn’t really believe how I came back so fast. When I woke up I couldn’t walk or talk.”

In a recent interview with Talib Kweli on the Uproxx series People’s Party, Lamar Odom told host Talib Kweli a number of different things about his addiction and near-death experiences. But the former NBA player also opened up about some business advice that Jay-Z once gave him, with Odom, regrettably, not listening to HOV.

Odom said Jay-Z tried to talk him out of starting a record label. He said Jigga insisted he should use his basketball money to go into real estate or other businesses like Magic Johnson.

“He was like ‘Nah homie, you should be doing what Magic is doing. Doing real estate or something,’” Odom said. Due to a lack of a relationship with Hov, the rapper’s own caginess, and the fact that Odom was full of the cockiness of someone who is just starting out, Odom laughed off JAY’s advice.

“I think I took it the wrong way,” Odom said. “Like, these motherfuckers must be scared of me.”

With the benefit of hindsight, Odom said he wished he would have gone into other lanes like JAY said. “I didn’t listen to big homie, but I wish I would,” Odom said. “Sometimes I think, what if I’d have listened to Hov’s advice?”

Considering Jay-Z just became the first rapper to eclipse the $1 billion mark in net worth, the fact that he was giving free business advice to someone is insane. No wonder Lamar Odom wonders if things would’ve been different for him had he listened to the famous rapper back then; because he could have property worth millions today.

Of course, hindsight’s always 20/20, so who knows if Odom taking Jay-Z’s advice back then would’ve changed anything for the former player at all?

You can see the full Lamar Odom interview with Talib Kawli in the video below.