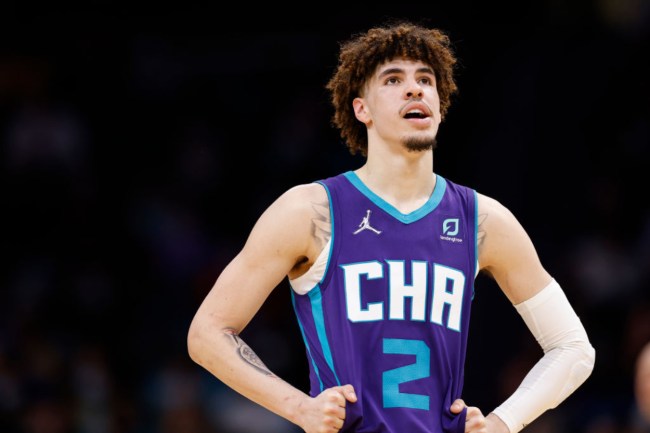 In what is just his second year in the NBA, one would figure that 20-year-old LaMelo Ball would be pretty excited about being named an NBA All-Star. He’s put together a hell of a season up to this point and was awarded for his play, but he doesn’t seem too thrilled about the honor.

Ahead of the Hornets’ matchup with the Raptors on Monday, Ball was asked about being named an All-Star. He couldn’t have sounded less excited if he tried while explaining being an All-Star wasn’t really a goal of his to begin with.

“I feel great, blessed, just happy right now,” Ball nonchalantly explained before saying he got the news after waking up from a nap. “[Being an All-Star] could be a goal, mainly I was like MVP, championships, Hall of Fame, but it could go in there.”

Maybe Ball was just a bit groggy still after waking up from his nap. That, or someone informed him that he now gets to go spend a weekend in Cleveland in February instead of relaxing at home during the All-Star break.