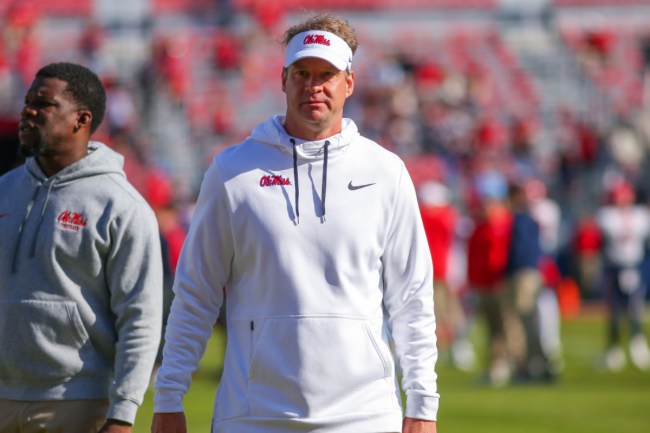 Lane Kiffin is keeping it real when it comes to NIL, the transfer portal, and the overall state of college football.

From day one, Kiffin has been on board with players getting paid on their name, image, and likeness. He, like many others, also predicted what we’re seeing now, which is Power 5 schools further separating from the rest of college football.

What’s different about Kiffin’s take on the situation, other than simply being honest, he thinks the current model is sustainable.

“You have kids going to schools now, and some haven’t even taken a visit. [They sign] because of their NILs. You’ve got to think that it is here to stay. To say that it’s not sustainable, why? Ten years ago, no one would have said schools were going to pay coaches $10 million a year. Well, they do now,” Kiffin told Ross Dellenger of Sports Illustrated.

“When people argue and say there is no way donors are going to come up with the money to pay players this much? Wait, those are the same donors that pay $30 to $40 million to one coach—when they fire him! But they’re not going to raise $20 million a year for players? Yeah, they are. It just means they’re not going to give it to other things on campus, like facilities.”

If there’s something big-money people are motivated to do, they do.”

Kiffin thinks that the easiest way to level the playing field, so to speak, is to put a cap in place.

“Contracted employees without contracts. They can get out whenever they want. And how is it not being seen that, unless there are changes of rules around caps and contracts, how is every elite college player not at the end of their season [entering the portal]?”

This led Kiffin into asking a question most wouldn’t dare ask: why didn’t Alabama’s Bryce Young enter the portal?

On the surface, that question seems asinine. Young plays for the powerhouse of college football, won the Heisman last season and has every resource imaginable at his disposal.

“The kid would make 10 times what he would have made. How’s that not going to happen all the time? It should. It will.”

When that exact scenario plays out, which it very well could, that’s when college football truly becomes the monster everyone thinks it’s already become.