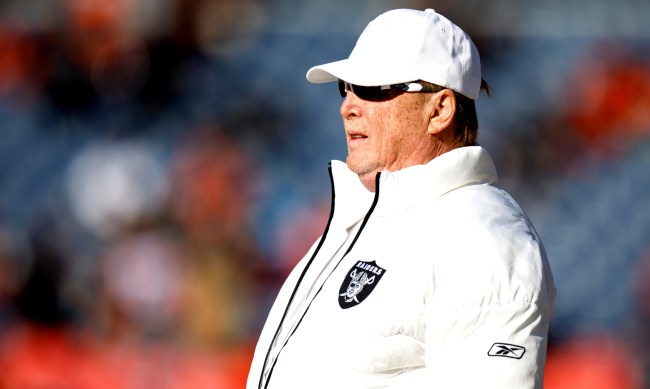 Raiders tight end Darren Weller held a fundraising event for his foundation at the DragonRidge Country Club just outside of Las Vegas in Henderson and the players and guests in attendance were seen on video not wearing masks. Notable players in attendance reportedly included Derek Carr, Nathan Peterman, Jason Witten, Zay Jones, Hunter Renfrow, and of course Weller.

According to ESPN, the Darren Weller Foundation posted and later deleted a photo on its Instagram page of Carr posing with a number of maskless guests.

The country club was slapped with a $2,000 fine on Tuesday for violating four violations of Nevada’s COVID-19 directives which included people not wearing masks and having more than 50 people at the event. Rules set forth by the NFL and NFLPA ban players from attending events that “violates local and state restrictions.”

The players would have recently tested negative, but guests in attendance obviously changes everything.

Team owner Mark Davis attended the event virtually and stated that the virus is “still our toughest opponent” and that “guys have to be more stringent in fighting the virus.”

Raiders’ head coach Jon Gruden was fined $100,000 and the team was hit with a $250,000 fine earlier this season after Gruden failed to wear his mask properly on the sideline.

The charity event took place the day before it was revealed that some Titans players had tested positive following their matchup against the Vikings on Sunday. Tennessee’s game against the Steelers on Sunday has been postponed and could be played either Monday or Tuesday.