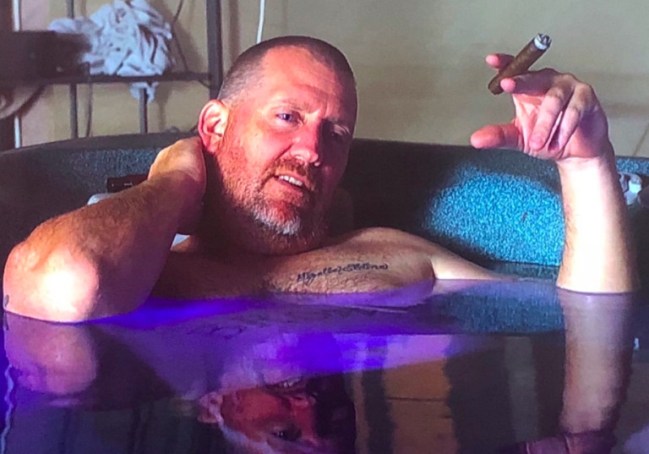 The fourth season of Last Chance U will air on Netflix on July 19 and it will feature Independence Community College football coach Jason Brown, despite Brown being forced to resign in February for sending a text message to a German player deeming himself his “new Hitler.”

Bad press is the last thing on the hot-tempered coach’s mind, as he is now facing eight felony counts for allegedly stealing the identity of a lawyer in an attempt to silence local newspapers.

(If you need a reminder on what type of guy Brown is, peep this two-minute clip from season 3 when an assistant coach tried to physically (and rightfully) attack him during a game.)

According to Parsons Sun, in October, Brown posed as a lawyer from the Cochran Law Firm in California, which was founded by Johnnie Cochran (“If it doesn’t fit, must acquit!), and sent cease-and-desist email letters to the Chronicle as well as the Independence Daily Reporter associated with articles the publications wrote documenting a fight between the Independence and Garden City football teams.

Four months later, the Chronicle received another set of from the same ‘attorney’ regarding the paper’s investigation into Brown’s treatment of the aforementioned German football player. Brown would have had to send those emails to dozens of publications who covered the story, including us, to keep that incident hush. It did not work. Shocker.

The Chronicle smelled something fishy about the emails, which were sent through a Yahoo! email address with a similar domain name to Cochran’s firm, and turned them over to the Montgomery County Sheriff’s Department for investigation. The Sheriff’s Department then who traced back to IP addresses for devices that belong to Brown.

Brown has reportedly been charged with four counts of blackmail, four counts of identity theft, all felonies, as well as two counts of criminal false communication, both misdemeanors.