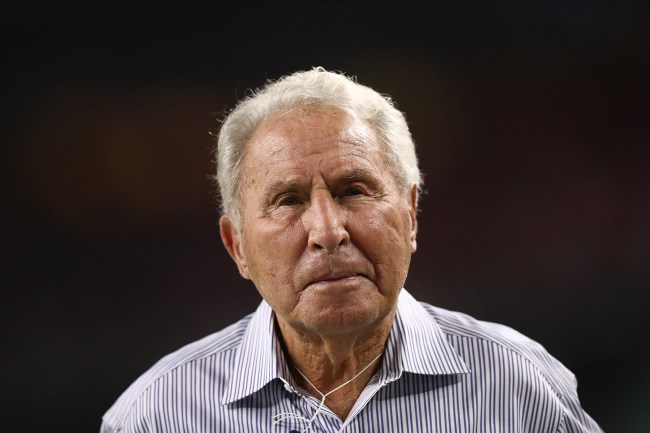 Sometimes, it’s better to just not have an opinion on a particular;ar subject. That was certainly the case for Lee Corso this morning as he shared his thoughts on Cincinnati and the Group of 5 as a whole.

LC is READY for the Ohio State-Michigan game!! Who’s he picking today?? 🤔🤔 pic.twitter.com/z0lMqFc3KE

Before getting College Gameday started, Kirk Herbstreit asked Corso some questions for a Twitter video. He started by asking about today’s Ohio State-Michigan matchup, but then the conversation quickly turned to Corso’s top 4 teams in the country and that’s where his views become ridiculous.

First, he called Cincy “lousy” as a result of their (checks notes) 22 point win over East Carolina. Then he claimed that Cincy shouldn’t currently be one of the top 4 teams in the country. Instead, he believes that Notre Dame, who was comfortably beaten by Cincinnati this year, should take the fourth spot in the playoff.

He based this opinion on Notre Dame’s 9 wins against Power 5 opponents. This seems like a pretty arbitrary reason to put a team that is 1-1 against ranked opponents into the playoff.

Then, things got even more ridiculous as Corso told Herbstreit that there need to be two separate sets of rankings in college football. They need one for the Power 5 and one for the Group of 5 schools.

It’s an asinine assertion in a normal year, but it’s especially ridiculous this year as an undefeated Group of 5 school currently holds a win over the team that would be ranked 5th in the Power 5 rankings right now. It is the ultimate statement to show just how little the experts care about what happens on the field if you have the wrong name on the front of your jersey.

Until the most recognizable voices of the sport stop taking every opportunity they can get to make up reasons to keep non-Power 5 teams out of the Playoff, we aren’t going to see college football’s flawed system get fixed.