Ex-MLB Star Lenny Dykstra Spent 9 Hours Dumpster Diving With A Clown, Chronicled It All On Twitter 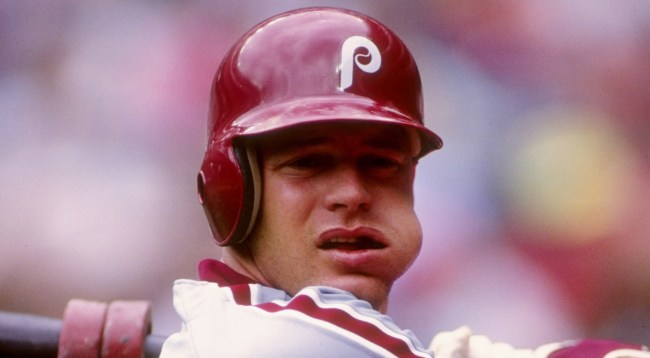 Stories surrounding former Mets and Phillies star Lenny Dykstra always seem to sound like they’re completely made up. Sometimes, unfortunately for Dykstra, and always, luckily for us, they are almost always somehow real.

Today we add another tale to the Lenny Dyksta’s bizarre anthology and this time it involves dumpster diving outside of a New Jersey sub shop and a pro wrestler named Sprinkles the Clown. Seriously.

The 56-year-old Dykstra was, of course, the one to chronicle the crazy story, as it happened, on Twitter.

(Dykstra loves him some Twitter, dropping an F-bomb in his very first post and getting into one of the oddest feuds ever with Lena Dunham.)

Dysktra recently visited a Jersey Mike’s Subs shop about two miles from his New Jersey home to grab something to eat.

“The bread is so hard on those subs,” Dykstra explained to NJ Advance Media. “I took my teeth out and put them in a napkin, folded it up and forget them there.

“When I went back, the workers said they threw all the napkins in the garbage. I told them there was no f***ing way I was leaving without my f***ing teeth.”

That’s when the nine-hour scavenger hunt began, along with a little Twitter beefing on the side.

@shalomshuli you want to come help me and Lenny Dykstra look for his dentures tonight? Or does anyone? This is a serious question…

Nails coming at you with my man @SprinklesHaHa trying to find my “New Teeth” that I left at my favorite place to eat on the planet @jerseymikes taking down a sub. @subaway @jimmy johns @ron darling jr @official keef @Perfect Cut pic.twitter.com/RUWrKXofoI

Nails Update: This has now escalated to “Operation Search Missing Teeth" while @JerseyMikes – they make @Subway look like red-headed stepchildren – Nails will be back at you just after break of dawn – something I know all too well, to report on my missing teeth. #LouGeorge pic.twitter.com/zGlqWV0mtM

Do you think you can hurt my feelings? NO! FUCK NO! You fucking piece of shit! You have now officially lost the privilege to communicate with me you dumb fuck! https://t.co/O4U093svhb

Amazing, right? Well, the best part might be the fact that Sprinkles the Clown, real name Jonathan Grbac, didn’t even know Dysktra before the dumpster diving adventure.

“I actually didn’t know Lenny until that night…. I picked up an Uber rider and it was Lenny,” Sprinkles told NJ Advance Media. “I picked him up in the back of a Jersey Mike’s. He had to go home and get a flashlight and some other stuff. Then we picked up another guy and came back. Then we spent some time picking through some garbage and some food….I stayed for about two and a half hours…. What happened was it started raining and it was already 2 a.m. so he says “Screw it, I’ll come back when it stops raining in the morning.”

Dykstra has since been reveling in all of the attention, as one with any familiarity with the man would expect.

Kind of funny how @ItsDanAvery of @Newsweek failed to note how my grit-and-determination ultimately-successful efforts occurred exactly 30 Father’s Days after you know what! Bet Juan Samuel wouldn’t have shown such resolve! https://t.co/d7fKaeLHMb

“Make Nails’s Dentures Great Again” might be the greatest slogan I’ve seen yet.