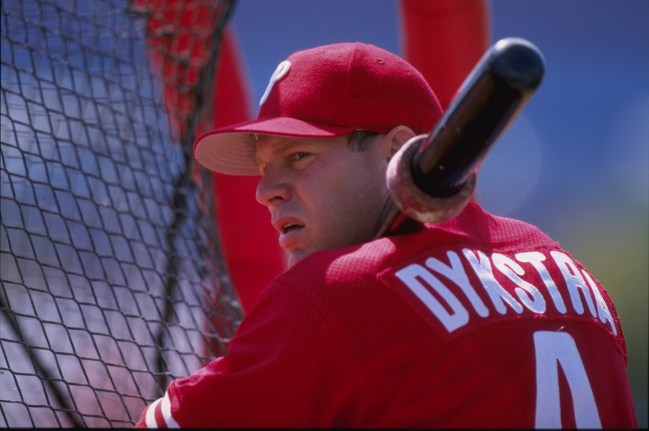 Yesterday, we brought you the disturbing news of ex-MLB star Lenny Dykstra’s arrest, adding to a rap sheet longer than a CVS receipt.

The 55-year-old was arrested at 3:30 am Wednesday when he put a gun to the head of his Uber driver and threatening to kill him, according to police. Authorities also found him to be in possession of cocaine, marijuana and MDMA, a charge added to a terroristic threats charge.

Dykstra’s side of the story was entirely different–he claimed the Uber driver “fucking kidnapped me and almost killed me going 100 mph.”

Dykstra was released on a summons pending a June court date and has evidently spent the time since tweeting in excess. The former All-Star has posted hundreds of rambling tweets since his release, ranging from posting song lyrics to comparing himself to Joseph from the Old Testament.

He is cherry picking song lyrics from various songs to imply there’s some sort of conspiracy against him.

But I keep cruising, can't stop, won't stop moving
It's like I got this music in my mind, sayin' gonna be alright
– @taylorswift13

“I get knocked down, but I get up again. You’re never gonna keep me down.” – Chumbawamba

“Everybody’s talking all this stuff about me. Why don’t they just let me live?” – Bobby Brown