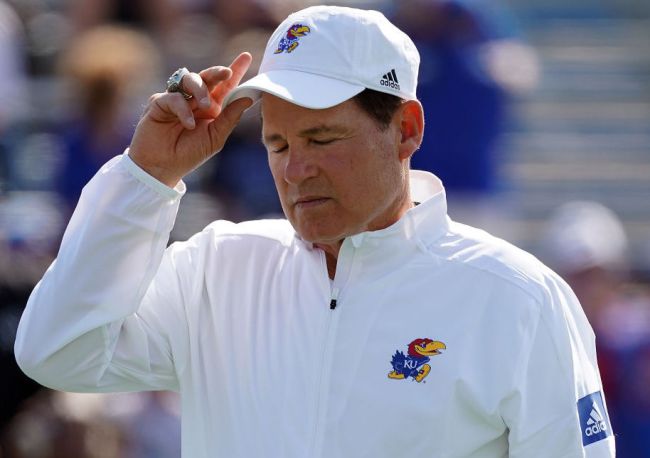 A couple of months ago, I wrote about how firmly you had to have your head lodged up your own ass if you didn’t see all the warning signs that indicated there was a very real chance college football wouldn’t be played this fall. Earlier this month, the dominos began to fall when the Big Ten and Pac-12 announced they’d made the decision to call off their seasons, and while other organizations are attempting to play through the pandemic by pivoting to largely conference-only schedules, there are plenty of red flags to indicate it could only be a matter of time before the conversation turns from “Can they pull it off?” to “Who the fuck thought that was a good idea?”

The NHL and NBA have shown that opting to play games within a bubble is a more than viable strategy but there were never really any serious discussions about college football harnessing that approach when you consider the almost impossible logistics of figuring out how to construct an environment where 130 teams from around the country with over 100 players on their roster can safely play.

The fact that all of those athletes are also students complicates matters even more, and while you could theoretically address the potential academic issues that arise with the virtual learning more and more schools are turning to, there’s only so much you can do to combat what may be the biggest issue the NCAA is going to face in the coming months: the fact that college kids are predisposed to doing stupid shit.

Literally no one should be surprised that NC State has already been forced to kick students out of the dorms due to outbreaks in multiple buildings or that the University of Alabama announced over 500 new cases had been detected in the span of five days earlier this week thanks to a combination of students living in close proximity to each other and their proclivity to flock to packed house parties and consume copious amounts of alcohol, a substance famous for helping people make safe and informed decisions.

As John Harbaugh noted earlier this summer, it’s also humanly impossible to play football while abiding by social distancing guidelines, and given all of the ingredients that make up this recipe for disaster, it’s understandable why a number of football players at schools that are attempting to persevere have opted to sit out.

However, it appears University of Kansas head coach Les Miles sees things a bit differently based on what he had to say on Thursday when he issued a take that almost managed to make the Jayhawk’s record over the past decade look good in comparison by implying players who decline to play are actually exposing themselves to more danger.

So I don’t know what their advantage is to turn at this point away from what would be a good finish to a college career and opportunity to advance their abilities and then have a choice whether to go off to the NFL or to stay and compete. So we’d love to have them stay and compete.”

Of course, it’s hard to finish a college career or go to the NFL when you die or develop a heart issue as a result of being infected but I can understand why Miles might be frustrated knowing he might only win two games this season due to players sitting out as opposed to the three he might’ve been able to during a normal year.