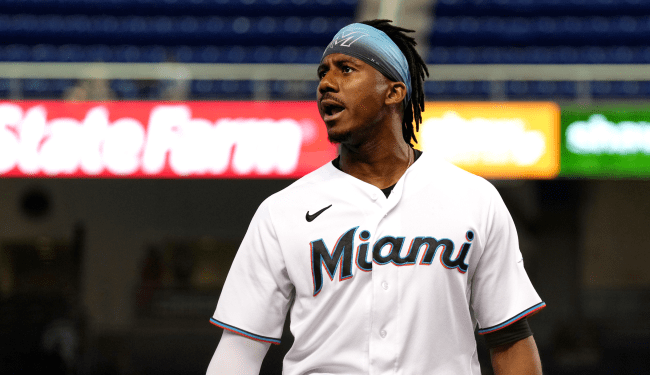 The top sports story on Monday had nothing to do with anything that happened on the field. It was the controversy surrounding a Colorado Rockies fan who was accused of shouting the N-word at Miami Marlins outfielder Lewis Brinson during Sunday’s game at Coors Field.

Further investigation of the incident revealed that the Rockies fan was actually yelling at Dinger, the Rockies’ mascot.

Lewis Brinson, who did not hear the fan shouting during the game, learned about it afterwards, and on Monday Brinson was asked about the incident before the Marlins’ game against the San Diego Padres.

“I’m getting a lot of love and support on Instagram and I’m sure on Twitter. I appreciate that wholeheartedly, 100%. Again I’m a human, I have sympathy. If he was yelling for the mascot, I am sorry for any backlash or any unnecessary attention he’s getting right now.

“So I watched the video at least 50 times in the past 15-16 hours,” said Brinson. “I watched it a lot, especially when I heard that he said Dinger instead of the N-word.

“But to now, saying that again, I haven’t talked to the Rockies or that fan personally. If that’s the case, then I’m sorry for any backlash or anything he’s getting right now.”

The Rockies have stated that they have no plans to change the mascot’s name.