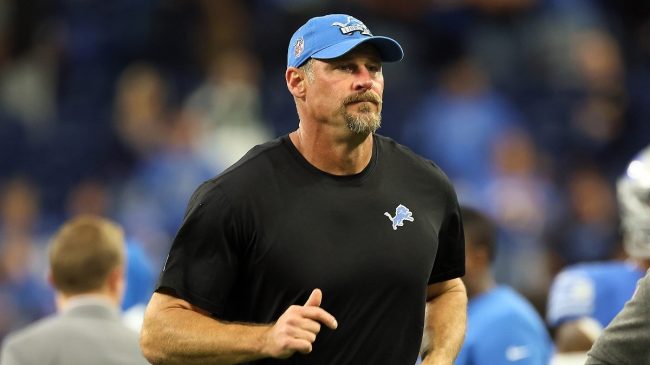 The Detroit Lions have lost three close games this season already. Their playoff hopes are fading, especially if they can’t get back in the win column in Week 5. However, not everything is bad, as the fanbase should still be excited about Dan Campbell and this offense. As it turns out, Detroit made NFL history in their loss to the Seahawks. Additionally, this stat proves the franchise is much better than a year ago, despite the 1-3 start.

According to Field Yates, “The Lions and their opponents have now combined for 281 points through the first four games of the season. That’s the most ever in NFL history.” So, Jared Goff is leading the way for a scoring juggernaut. Detroit is leading the league in scoring, averaging 35 points per game. However, the defense is failing them, as they’re allowing 35.3 points per game on average.

The Lions and their opponents have now combined for 281 points through the first four games of the season.

That’s the most ever in NFL history.

The Lions’ ability to score points is substantially better than a year ago. Regardless, it hasn’t translated to wins just yet. With the defense struggling, Detroit has had a hard time outscoring their opponents. Jared Goff is playing extremely well. The offense is rolling on all cylinders and looked amazing against the Seahawks.

That was even without Amon-Ra St. Brown and D’Andre Swift in the lineup. Clearly, Dan Campbell is running an efficient offense. Meanwhile, the defense looks like one of the worst in the league.

Maybe the Lions can turn things around as the season plays out. If the offense maintains lighting up the scoreboard while the defense improves, then Detroit could be a dangerous team in the second half of the season.

Keep an eye on Dan Campbell and Lions. Even though they’re 1-3 right now, all signs are pointing up for this franchise.