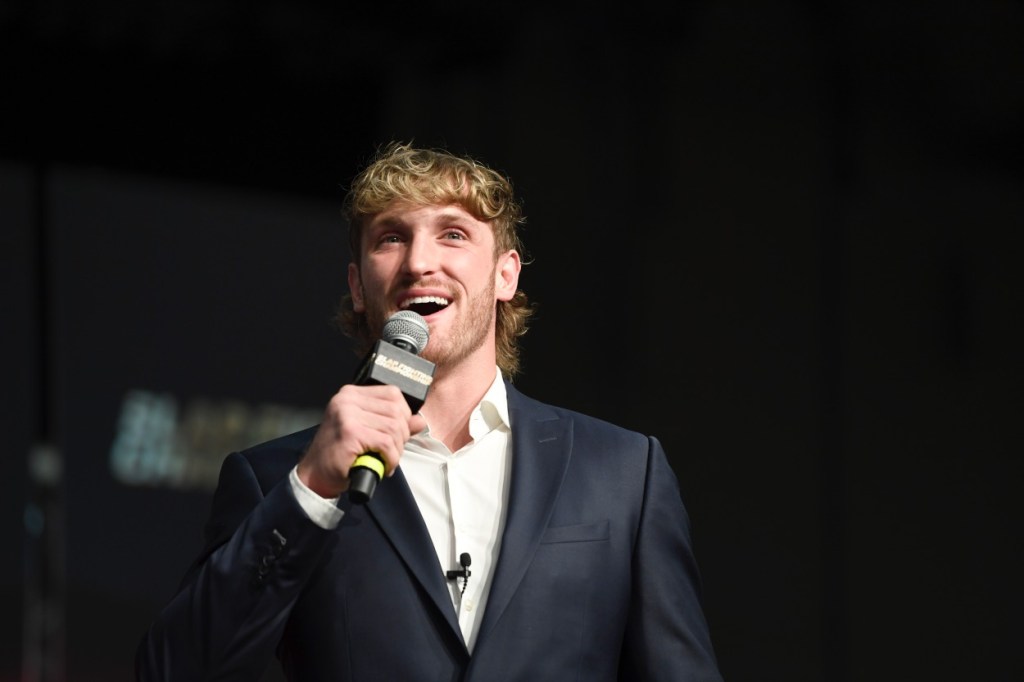 The WWE’s biggest event was held in Arlington, Texas over the weekend with Wrestlemania 38 taking place over April 2nd and 3rd with a combined 156,352 fans in attendance. YouTube star and new media mogul Logan Paul made his WWE debut at Wrestlemania where he appeared in a tag team match alongside The Miz against Rey and Dominik Mysteria. The match itself was big news but the Guinness World Record Pokémon card Logan wore around his neck before the match is what we’re here to talk about.

Logan won his match but afterward, The Miz turned on him and hit Paul with a move called The Skull Crushing Finale. I wish I could explain it but I fell out of touch with WWE years ago. After the match and back in the locker room, Logan Paul was awarded a new Guinness World Record for the ‘most expensive Pokémon trading card sold at a private sale.’

He has a pretty extensive history of showing off expensive Pokémon cards. He recently spent $3.5 MILLION on a box of Pokémon cards that ended up being worth around just $360! Experts believe he was tricked into buying those. Going back a little further to last Summer, Logan Paul purchased a PSA Grade 10 Pikachu Illustrator card for $5,275,000 in Dubai on 22 July 2021. And that card is now officially a Guinness World Record.

It wasn’t a straight-up trade or purchase for the world-record $5,275,000 PSA Grade 10 Pikachu Illustrator card, it was a bit of both.

According to a press release from Guinness World Records, Logan Paul first purchased a PSA Grade 9 Pikachu Illustrator card worth $1,275,000 from a card collector in Lake Como, Italy. Then he took the PSA Grade 9 Pikachu Illustrator card and an additional $4 million in cash to purchase his world record card that he wore around his neck at Wrestlemania 38.

.@LoganPaul wearing the most expensive @Pokemon card in the world right now at #WrestleMania! 🤑🤑🤑 pic.twitter.com/ZnCTZD8ln9

I probably wouldn’t have had any idea that Logan Paul won his WWE debut match if it wasn’t for the Guinness World Record Pokémon around his neck. I knew he was going to appear at Wrestlemania 38 but I’m not a big enough WWE fan to devote a weekend to watching it especially when the Final Four was on. But I’ve already seen press releases from GWR and articles on Google News devoted to Logan Paul wearing the record-setting card around his neck. So if wearing it was strictly a publicity strategy, it worked.

It is also worth mentioning that this isn’t the first time Logan Paul has stepped into the ring with an expensive Pokémon card around his neck. He wore a framed Charizard Pokemon card chain in Miami for his exhibition boxing match against Floyd Mayweather at Hard Rock Stadium on June 06, 2021. That chain was worth an estimated $1 million. NOTHING compared to the $5+ million of his new chain:

The Paul Brothers have made considerable fortunes off of their YouTube success by branching out into every other business that suits young media moguls. Logan Paul reportedly has an estimated net worth of over $35 million which is a LOT for a 27-year-old.

It just blows my mind a little that the Guinness World Record holder for the most expensive Pokémon card is someone who could really only afford 6 of those cards. I’d expect it to be some billionaire like Elon Musk who dropped $3 billion on Twitter shares to become the largest shareholder overnight, all because he wanted to. Logan Paul hasn’t reached that status of ‘so wealthy he couldn’t go broke if he tried’ yet. $5+ million is a huge spend for him.

Here are some Wrestlemania 38 highlights from Logan Paul’s match, if anyone wants to see that:

It remains to be seen if he’ll return to the WWE but I’d wager that he will.