New Pelican Lonzo Ball Says He’s Happy To Get ‘Out Of L.A. For The First Time In My Life’ 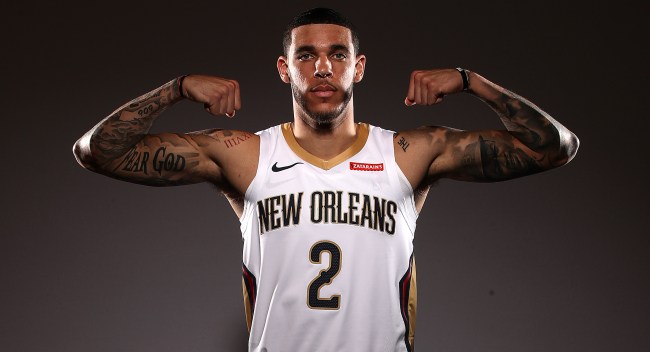 Back in July, when Lonzo Ball claimed he was “excited” to be traded from the Los Angeles Lakers to the New Orleans Pelicans, not many people believed him.

“I was kind of already just waiting for it, honestly, and I was happy to go with two guys I am comfortable with in B.I. [Brandon Ingram] and JHart [Josh Hart]. I am excited to see what we can do,” Ball said at the time.

Part of the reason not many fans believed him had to do with him taking a shot at the Lakers in a rap song he released in August.

“You know I’m all about business. L.A. is going to regret their decision,” Ball rapped in the song.

Fast forward a couple of months and Ball is still saying he’s excited to be in New Orleans and it’s a little easier to see why after watching Lonzo play with another new addition to the Pelicans roster, number one overall pick Zion Williamson.

On Friday, in a lengthy new interview with Shams Charania of The Athletic, Lonzo doubled down on his claim of being happy to play in New Orleans..

“It was only a matter of time before a trade happened,” he said. “I pretty much knew a trade would happen. Any time you have a player like Anthony Davis available, I knew it was going to be my time. I was looking forward to it and I was excited for a new start. Getting out of L.A. for the first time in my life. I’m happy about it.

“It was just time for a change. I got hurt both years and didn’t do what I wanted to do. I was blessed to stay home and play in front of everybody, but it wasn’t working over there.”

Naturally, Lonzo’s dad LaVar Ball is already boasting about how the Pelicans, with the addition of his son, are shoo-ins to win an NBA championship this year.

When asked how New Orleans’ core group of players compared to the one in Los Angeles while he was there, Lonzo said, “Our core could be even better here. B.I., J. Hart were already part of the young core with me in L.A., and now we have Zion, Nickeil (Alexander-Walker), Jaxson (Hayes), and other guys that want to work and get better. The sky’s the limit.”

Actuially, an NBA championship is the limit, but will he get there in New Orleans? We shall see.