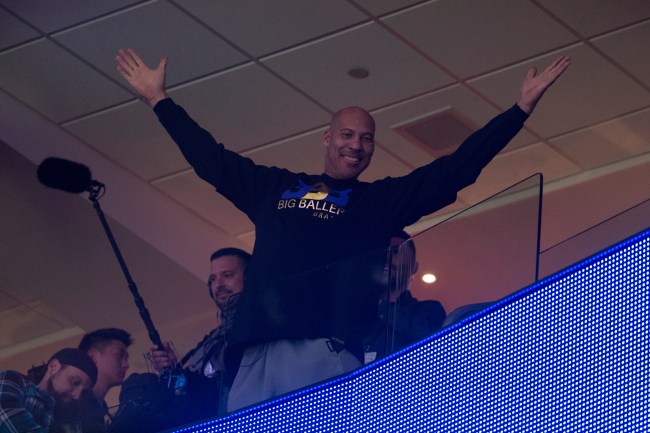 Lonzo Ball has come to his sense and is moving out from under daddy’s iron fist after LaVar referred to his oldest son as “damaged goods” in front of thousands of viewers.

Since then, the Pelicans guard has effectively abandoned the brand his father has made his life’s mission to grow, scrubbing his social media accounts of any mention of Big Baller Brand, and even admitting that his $495 Big Baller Brand Signature ZO2 shoes kept exploding on him during games.

“They’re gonna take it all this year, for sure,” LaVar told TMZ at the L.A. Regional Food Bank, where he donated 70,000 bottles of Big Baller Brand Water.

“All you need to be successful in the NBA, ya gotta have a coach be behind you. And, Alvin Gentry is that guy.”

LaVar continued … “What did Gentry say? He wants [The Pelicans] to play the fastest pace. That’s Lonzo’s best game!”

LaVar also spoke on how New Orleans is a better fit for his son because his former Lakers teammates are a bunch of ball hogs.

“You’ve got a bunch of youngsters so you don’t have 20 different people asking for the ball. Give it to Lonzo and let him just run it.”

Meanwhile, we’re just a couple weeks removed from Lonzo publicly distancing himself from his father and the Big Baller Brand, after Alan Foster, one of the company’s co-founders,  allegedly ripped off the brand to the tune of around $1.5 million.

“You really can’t tell me what to do. It’s my life, my career. I’m making all the decisions now. I chose to go to CAA. I think me becoming my own man is going to make it easier, honestly.”