Lakers GM Rob Pelinka Reportedly Told Larry Nance Jr. To Buy A House In L.A., And Then He Traded Him Away 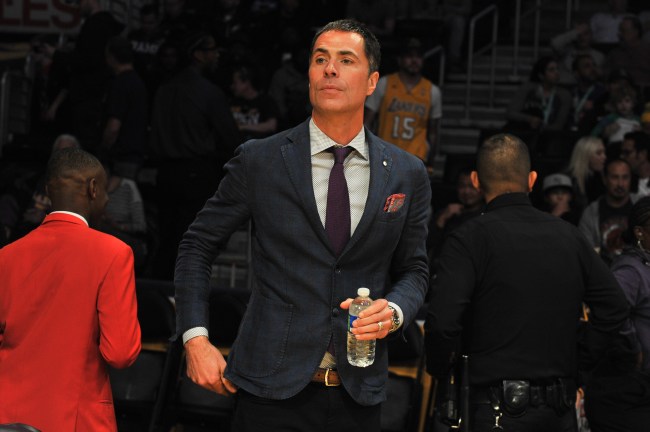 The Los Angeles Lakers’ season has been a complete debacle. After signing LeBron James last summer, there were hopes of the team taking a giant leap forward, with people even envisioning a chance to dethrone the Golden State Warriors in the Western Conference and reach the NBA Finals. Nowhere in any of that dialogue included missing the playoffs, yet, here we are, at the end of the regular season and the Los Angeles Lakers are going to be watching the postseason from home.

Outside of the pathetic play on the court — which, admittedly, was attributed to injuries to the team’s best players — there’s been this entire drama around the Los Angeles Lakers all season long, too. From the reported disconnect between James and head coach Luke Walton, to the entire handling and fallout of the Anthony Davis trade rumors to, finally, reports that the people leading the team, namely Magic Johnson and general manager Rob Pelinka, aren’t exactly the two most liked or trusted people in the league, the whole year was a wash that hurts the team’s chance of landing a top free agent this summer to play alongside LeBron.

While Rob Pelinka, a former sports agent who ran his own company and represented the likes of Kobe Bryant, James Harden and Buddy Hield, may have had success there, his time in the Lakers’ front office has been less than impressive — and a recent piece from The Athletic details just how dysfunctional things have been with the team during his tenure, showing why some NBA people may not want to trust him.

According to The Athletic piece, Pelinka reportedly met with young star Kyle Kuzma this year during the NBA All-Star break, assuring him that he’s part of the long-term vision with the Los Angeles Lakers — which was right around the time the Anthony Davis trade rumors were scorching hot. Here’s where things get interesting, though, because an anecdote from that piece also mentions that Pelinka did the same thing last season to Larry Nance Jr., and then the GM traded him to the Cleveland Cavs.

Nance Jr. and his fiancée, his college girlfriend, were interested in buying a house. He wanted to get a sense of whether the Lakers planned on keeping him around, and Pelinka told him that the Lakers would only trade him if it meant landing one of the game’s three best players. He told him to buy the house, multiple sources confirmed.

Before Nance could get that far, however, he received a call on the morning of Feb. 8, 2018. He and Jordan Clarkson had been traded to Cleveland in a salary dump that cleared cap space for the Lakers to be able to offer two max slots in the summer.

Man, is this is true, this is pretty low. Hey, at least Rob Pelinka traded Nance Jr. before the former Lakers center bought the house, but, still, that’s some sketchy sh*t.

Obviously, being the general manager of a sports franchise is tough business, one of which requires separating personal relationships from professional goals. For Pelinka, should this story be true, he saw the opportunity to upgrade the Los Angeles Lakers’ future plans and he went for it, regardless of what he may have told Larry Nance Jr. prior to that. But given Pelinka’s reported reputation around the league, this just looks like another black eye for him and the entire Lakers franchise, so add it to the dysfunction that the organization has become.