Lou Williams Has Trademarked ‘Lemon Pepper Lou’ To Try To Recoup Some Of The $150,000 He Missed Out On Thanks To His Strip Club Visit 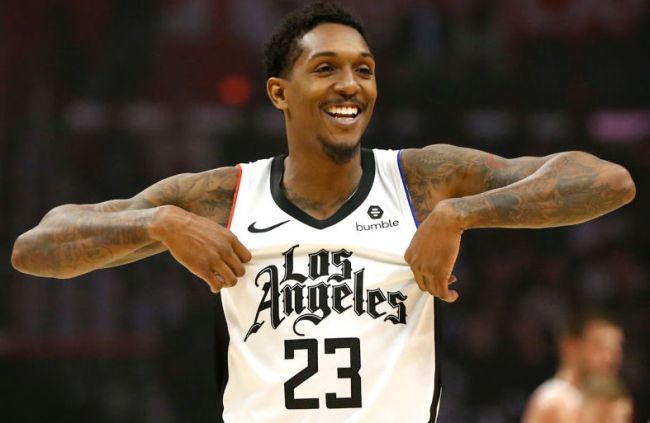 It’s very doubtful Lou Williams will end up being immortalized in the Basketball Hall of Fame after he steps away from the game, but when that moment inevitably arrives, he can take solace in knowing he’ll walk away after cementing himself as possibly the best sixth man to ever step on an NBA court and an absolutely legendary human being off of it.

There’s no shortage of amazing stories centered around the man who once made $15,000 by crushing a six-pack to prove he could hang during his rookie year in Philadelphia, the same city where he once talked a gunman out of robbing him before treating him to McDonald’s because he’s just that kind of dude. However, it’s hard to top the impressive feat he pulled off when he briefly dated two women at once during his time with the 76ers.

As a result, I’d be hard-pressed to say I was shocked to learn the Clippers guard found himself in a bit of a pickle after he was spotted at a strip club in Atlanta after leaving the confines of the NBA bubble to attend a funeral in the city. After getting caught, Williams claimed the only reason he was there was to pick up some of the chicken wings Magic City is apparently pretty famous for but his “I only read Playboy for the articles” excuse was cast into doubt by eyewitnesses who said there were some thighs involved that had nothing to do with poultry.

In addition to being treated to a 10-day quarantined upon returning to Orlando, the man who lends his name to the “Louwill Lemon Pepper BBQ” sauce on the menu at the venue he couldn’t stop himself from visiting lost an estimated $150,000 by not being able to play in the games he missed as a result. However, he’s apparently hatched a plan to earn some of that back, as he revealed he’s secured the trademark for the phrase “Lemon Pepper Lou” when he posted evidence of the acquisition on Instagram on Thursday.

I didn’t think I could like this guy more than I already did but I guess I was incorrect.