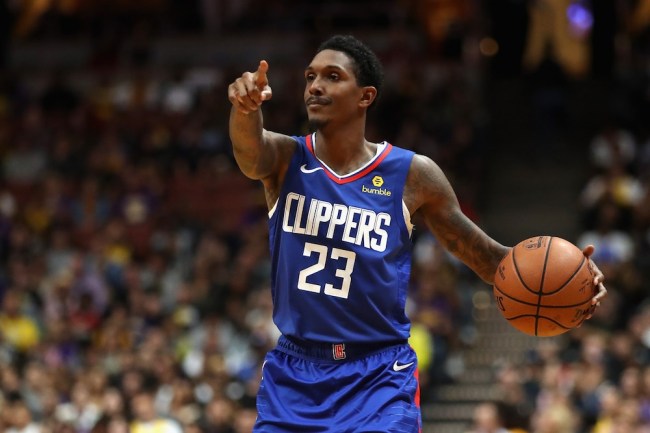 While away, Williams admittedly visited a gentleman’s club in Atlanta called Magic City. Williams maintains the visit was just to pick up some food.

Williams’s stop at Magic City will allegedly cost him $150K and he’ll now have to quarantine for 10 days and miss the first two games of the relaunched season.

Williams is adamant he only visited the strip club for food and the wings at Magic City are a guilty pleasure whenever he’s in town. Other people are bringing receipts to Twitter prove Williams isn’t joking about his undying devotion to the strip club meal.

“Ask any of my teammates what’s my favorite restaurant in Atlanta is. Ain’t nobody partying. Chill out lol,” Williams wrote.

Since Williams got caught going to Magic City, a food review of Magic City of the establishment’s food has gone viral on social media.

Here’s the review from Yelp.com:

“But y’all. The reason why I came here. The wings. Those mother clucking wings delivered to you by gods on the other side of a tiny little window.

Pro tip: bring cash only or else you’re starving. Card will get you nowhere here. I entered nirvana when I hit into the first wing. I could hear the deafening crispy crunch over the loud music and conversation. It just became me and the chicken wing, and no one else was around. The perfect amount of sauce so you weren’t begging for napkins.

Paired with a cold beer or drink to cleanse your mouth before the next bite; it was perfection. And the fries are my favorite type! Basically steak fries; little golden pillows of heaven.

They were so good, we ordered another box. Now it COULD HAVE been the alcohol tasting this food and who knows if I’ll feel the same way about those wings when I’m sober. But I’d like to think it’s the part of the magic of Magic City that made those wings taste so damn good.”

I’m now in the mood for some Magic City chicken wings with some ice cold beer.