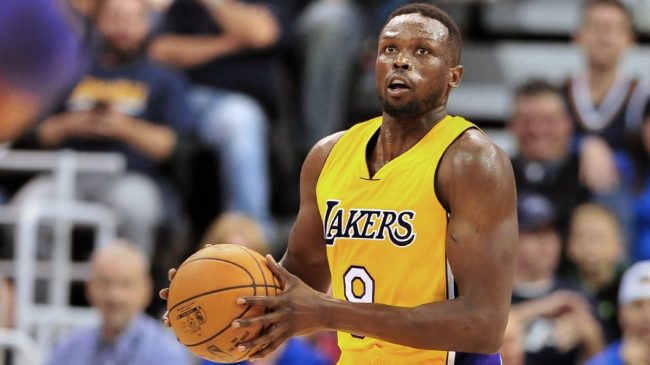 The forward is now off of the organization’s books as his contract with the team ended at the conclusion of the regular season.

Deng originally signed a four-year deal with the Lakers back in the summer of 2016, but the terms of that deal were stretched out an additional two seasons in order to open up some salary cap space in 2018.

Deng only played 57 games in Los Angeles before the team ultimately cut him in 2018. That includes a final season in which he saw action in only one contest, ceding playing time to youngster Brandon Ingram.

Despite the minimal contributions on the court, Deng was the highest paid Laker during his two seasons in LA. And even after being waived, a large portion of that contract was to remain on Los Angeles’s books.

Deng has been out of the league since the 2018-19 season, but the Lakers have paid him a $5 million salary each of his last three years in retirement. Not a bad gig.

He was the fifth-highest paid player on the roster this past season.

On Monday, though, the Lakers finally made that last payment.

Deng signed with the team in 2016 for four years, $72M and played a total of 57 games. Deng's contract was then stretched.

He was the fifth-highest paid player on the Lakers' roster this year. pic.twitter.com/krR2ssVdER

Now, this deal isn’t nearly as bad as, say, the Bobby Bonilla deal, which is celebrated each July 1st, and will be until 2035. But it’s certainly something that Los Angeles is happy to move on from.

The fact that Deng played so little with the Lakers after being an All-Star at other stops is what stings the most. Fans and media were quick to react to the news of Deng’s final payment.

Luol Deng finally off the books after five years

Breaking: Luol Deng is officially off the books pic.twitter.com/IcxFrbHMdX

You can see that Los Angeles is happy to see Deng’s contract finally gone.