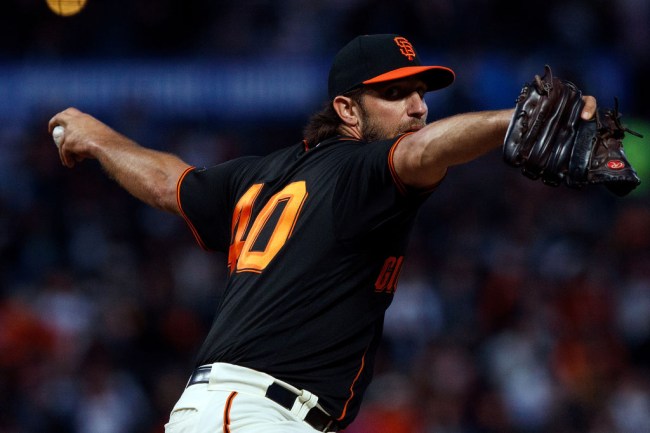 Bumgarner revealed that he has been moonlighting as a rodeo roper. On Sunday night, The Atlantic divulged that the former San Francisco Giants starting pitcher has been a rodeo roper for some time now and has a secret alias.

The article includes a photo of Bumgarner (or should I say Mason Saunders) alongside North Carolina roping professional Jaxson Tucker. In December, Bumgarner and Tucker won $26,560 at a competition at the Rancho Rio Arena in Wickenburg, Arizona.

Nobody knew about Bumgarner’s second professional sport because Bumgarner went under his alias “Mason Saunders.” A shortened version of his first name and his wife’s maiden name as the surname. Bumgarner needs to work on his alias, it’s definitely no “Ron Mexico.”

But that literally wasn’t Bumgarner’s first rodeo. The two-sport athlete roped with Tammy Ellerman in March of 2019, two days before pitching for the San Francisco Giants in a Cactus League spring training game. He said that Mason Saunders has won other rodeo events in the past.

This is a fun story for everyone except the Arizona Diamondbacks, who just signed MadBum to a five-year contract worth $85,000,000. The Diamondbacks ownership did not reveal if Bumgarner’s contract allows for other sports or athletic activities. Diamondbacks general manager Mike Hazen told The Athletic he was “not going to get into discussing specific contract language.”

Bumgarner did injure his shoulder in 2017 from a dirt bike accident and missed three months of the Giants’ season.