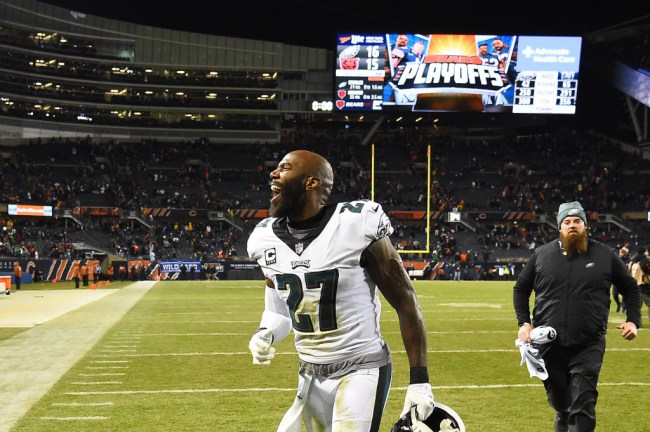 Imagine having the hopes on an entire city rest on your very next move. You have 120,000 eager eyes in a stadium beaming down on you, praying that you’ve prepared enough to resurrect their beloved franchise from years of heart-crushing failure. Oh yeah, most of your co-workers believe that your role within the firm is a ancillary, akin to an intern at Deloitte.

If you don’t perform to the best of your ability under the most stressful of circumstances, your family will receive death threats and you will be the most hated man in one of America’s most storied cities.

Cody Parkey faced as much pressure as a man could possibly face on Sunday, comparable to a man looking down the barrel of a gun. Any extra distractions could be the difference between winning and losing (*Al Pacino Any Given Sunday voice*) BETWEEN LIVIN’ AND DYIN’.

Jenkins was in his first year with the Eagles when his former teammate Cody Parkey made the Pro Bowl. Right before Parkey was lining up to deliver the biggest kick of his life, the Pro Bowl safety decided it was a good time to remind Parkey of their old friendship.

After the kick double doinked, Jenkins told someone on the Eagles sideline that he felt bad because, “I was talking so bad to Cody.” Jenkins made sure to bury the hatchet by giving his former teammate a hug after the biggest miss of his career.

If you’re taking a dump at work today, you gotta check out the entire 5-minute mic’d up footage of the Eagles/Bears Wild Card Game.

THIS IS WHY WE PLAY THE GAME!