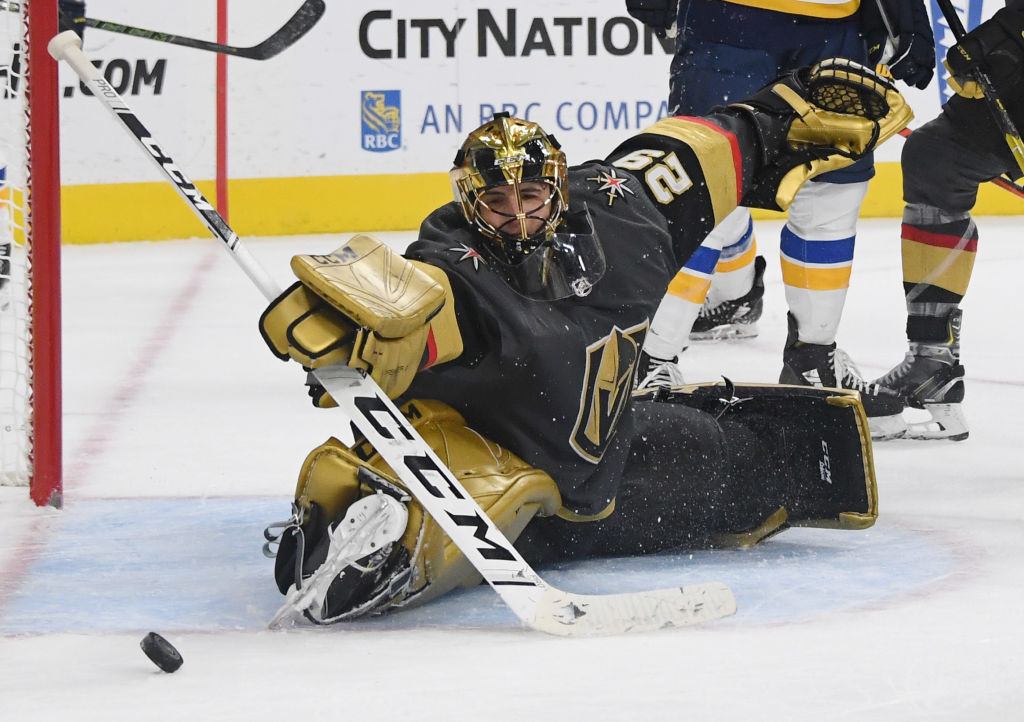 Marc-Andre Fleury is one of the best goalies to ever play in the NHL. He is the reigning Vezina Trophy winner which is the award that goes to the league’s best goalie that season. I personally think that the award should’ve gone to Andrei Vasilevskiy and Vasy got robbed but Fleury had one heck of a season that came to an abrupt ending in the playoffs when he got benched multiple times.

It was announced on Tuesday that the Las Vegas Golden Knights had traded Marc-Andre Fleury to the Chicago Blackhawks. Vegas would only get Mikael Hakkarainen in return because many believe Mikael Hakkarainen would sooner retire than join a new team.

One would think that a future NHL Hall of Famer would be informed of anything to do with his contract and career but reports suggest otherwise. Marc-Andre Fleury’s agent took to Twitter to say that they hadn’t heard from anyone within the Golden Knights’ organization:

“While Marc-Andre Fleury still hasn’t heard from anybody with the Vegas Golden Knights, he has apparently been traded to Chicago. Marc-Andre will be taking time to discuss his situation with his family and seriously evaluate his hockey future at this time.”

Plenty of reporters and media outlets (like the Post) and are reporting that Marc-Andre Fleury and his agent learned of the trade to Chicago via Twitter which seems like an absolute bonkers move for a pro sports team.

A source close to Marc-Andre Fleury says that the trade is done, and that the Vezina Trophy winner found out through Twitter. #VegasBorn

Vegas on the Marc-André Fleury trade and him finding out via Twitter pic.twitter.com/MVWZmeBqdu

Vegas has been unlikable since they came into the league and now they trade Fleury and he finds out through Twitter pic.twitter.com/8ZSU4YpHgW

if fleury found out about that trade on twitter then i hope he name searches and sees all the love we have for him. he deserves to know how appreciated he is.

Crawford chose retirement over playing in New Jersey. He was crushed when he got traded and an offer was never on the table to stay. Have to feel for Fleury. Vezina winner, wants to stay, finds out on Twitter about his trade. Brutal. #Blackhawks #VegasBorn https://t.co/ui4kepUqH5

Robin Lehner, the Golden Knights’ backup goalie last season is good but he’s sure as heck no Marc-Andre Fleury. Vegas wants (needs?) to clear up some cap space so that’s what drove this trade.

Marc-Andre Fleury is 36-years-old. He was drafted 1st overall by the Penguins in 2003. He could certainly retire tomorrow and he’d have a seat in the Hall of Fame. But he’s also coming off a Vezina Trophy season and clearly has more left in the tank. So it will be interesting to see how this all shakes out.