Your March Madness Bracket’s Gonna Look Different This Year, ‘Cause The NCAA Finally Got Smart With Seeding 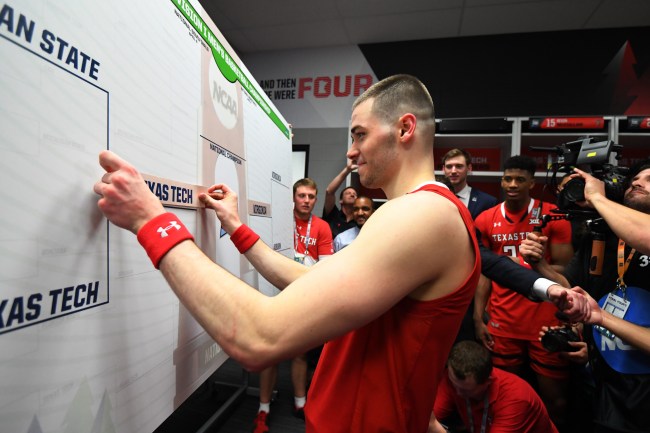 It may only be mid-January, but don’t be fooled, because March Madness isn’t that far away, guys. Like, six weeks from now we’ll be wrapping up conference tournaments and figuring out what seeding may look like for the 2021 NCAA Tournament — which, without a doubt, is the most exciting sporting event of the year.

While COVID ripped our hearts from our chests in 2020 by forcing the NCAA to cancel March Madness, this year’s tournament is set to be played all around the Indianapolis area to help things run smoothly. Games may look a little different, but the drama is sure to still be on the highest level.

Something else that’s going to look different? Seeding. That’s because the NCAA announced a new system that totally eliminates the idea of travel since the entire NCAA Tournament will be played around Indy this year. In the past, that wasn’t necessarily the case, as the selection committee tried to keep teams closest to their campus as possible to limit long trips and high costs. Not this year, though.

Take a look at how this new S-curve seeding will work in this year’s tourney.

If you’re anything like me, that’s probably a little bit confusing. Numbers, man. Don’t worry, though, because the very smart people over at the NCAA further broke things down so dummies like you and I can fully understand how this new seeding system will for for March Madness this year.

The committee’s intent will be to stay true to the S-curve for placing teams on the bracket, though the following existing principles will still be applied accordingly:

In terms of sheer fan interest, this is honestly one of the smarter choices the NCAA has made about the tourney. Sure, everybody and their mother will tune into March Madness, but avoiding games involving teams from the same conference is clutch. So, too, is avoiding rematches of teams who have already played one another until later in the tournament.

It’s rare to see the NCAA make such a proactive decision like this, so kudos to them for throwing a cool, new mix into the 2021 NCAA Tournament. It’s sure to spice things up a little bit and deliver some unique matchups that fans often don’t get a chance to see. Let’s go!