March Madness Is Officially In The Bubble Stage 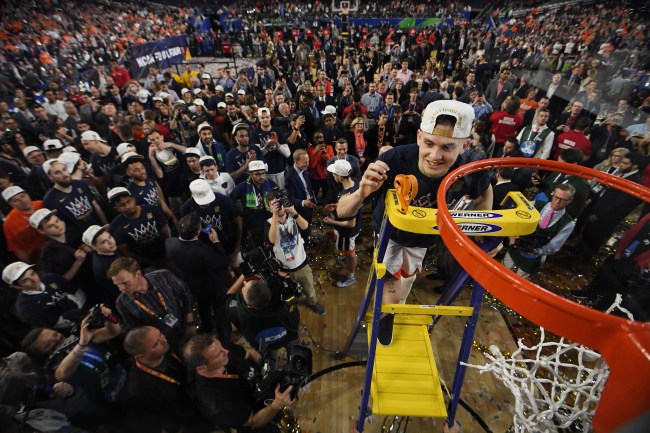 If it feels like forever ago that the Virginia Cavaliers were cutting down the championship nets after March Madness, well, it’s because it has been. Not since April of 2019 have college basketball fans witnessed an NCAA Tournament game, with the 2020 version being cancelled due to the pandemic that we’re still in the middle of. Sigh.

As the 2020-21 college hoops season approaches, many have wondered (and worried) that, once again, fans may be deprived of the single-most exciting sports event in the history of sports, the NCAA Tournament, because there’s still no grip on this whole coronavirus thing even 10 months after it first hit us. We’ve all heard whispers about isolated, one-off tourneys and stuff, but we had yet to have a plan for March Madness.

That’s because the NCAA just announced on Monday that the 2021 NCAA Tourney isn’t just happening, but it’s going to look a little bit different this time around, with all 65 games being played around the Indianapolis area — which is where the Final Four had been scheduled anyway, and where the NCAA’s main office resides. Take a look below at the official statement.

NCAA staff are in preliminary talks with the State of Indiana and the city of Indianapolis to potentially host the 68-team tournament around the metropolitan area during the coordinated dates in March and April. Indianapolis was already slated to host the Men’s Final Four from April 3-5, 2021.

“My committee colleagues and I did not come lightly to the difficult decision to relocate the preliminary rounds of the 2021 tournament, as we understand the disappointment 13 communities will feel to miss out on being part of March Madness next year,” said Mitch Barnhart, chair of the Division I Men’s Basketball Committee and University of Kentucky athletics director. “With the University of Kentucky slated to host first- and second-round games in March, this is something that directly impacts our school and community, so we certainly share in their regret. The committee and staff deeply appreciate the efforts of all the host institutions and conferences, and we look forward to bringing the tournament back to the impacted sites in future years.”

Guys, this is the best gift that a rainy Monday morning could bring. Forget the fact that nobody really knows what the state of college basketball looks like as the regular season inches closer, because March Madness at least has a plan in place, meaning we’ll be back to hearing One Shining Moment once the final nets have been cut down.

Who knows if anything changes with these contingent plans or not — because COVID cases are spiking all over the country — but, right now, the NCAA Tournament is happening. It has a plan in place. It will (undoubtedly) be glorious.

We saw a bubble atmosphere work for pro leagues like the NBA and NHL — as well as the MLB in the postseason — so the blueprint is obviously there to pull it off. A lot can change between now and March (hopefully all of which is positive for getting back to normal), so here’s to hoping all of these plans for college hoops come to fruition and we get a championship crowned in 2021.