Mark Cuban Tried Getting Michael Jordan To Sign With Mavericks In 2001, But MJ Wasn’t Having It 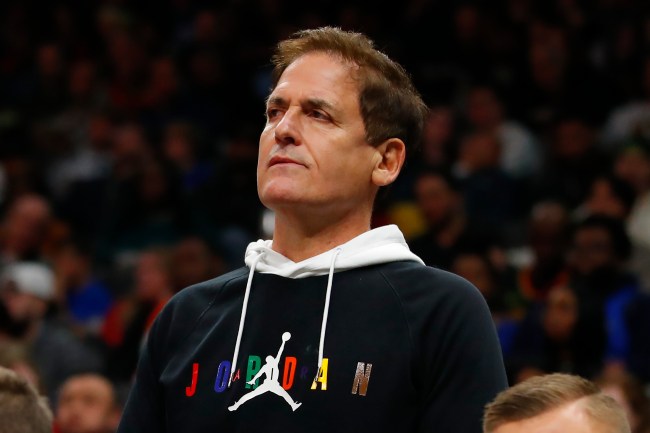 Mark Cuban is one of the better businessmen on the planet, as evidence by his more than $4.3 billion net worth thanks to his investments in a variety of different companies. One of his best business decisions, though? Buying the Dallas Mavericks in 2000 for $285 million, which gave him the title of majority owner. Since then, Cuban has built the Mavs into a perennial playoff contender, currently has the team valued at $2.4 billion, and won an NBA title during 2010-11 season — but could he have earned a championship earlier had he been able to close one hopeful business idea?

Possibly, because that hopeful (and wild) business idea was pitching the great Michael Jordan to join the Mavericks in 2001 before MJ finalized his second NBA comeback. According to Mark Cuban, who recently told the story to 105.3 The Fan, the Mavs owner wanted one shot at getting Jordan to come to Dallas instead of playing for the Washington Wizards, but the six-time champ didn’t even entertain the idea because he was too loyal to the Wizards after a previous agreement.

So how exactly did Cuban pitch MJ on the idea of playing for the Mavericks back then? Simply put, the owner told MJ’s longtime agent, David Falk, that he’d do anything possible to win.

… Jordan had already announced his plans to play for the Washington Wizards, the team he had joined as a minority owner and president of basketball operations a year earlier.

But Cuban still felt like it was worth getting a meeting with Jordan and Falk to see if he could make a winning sales pitch. When Cuban went to Falk’s office, he told The Fan, Jordan’s contract with the Wizards was in the office, waiting to be signed.

“I went to David Falk’s office and all the papers were right there,” Cuban said. “And I was trying to convince MJ to not sign them and to do something with the Mavs.”

″‘We are going to be better, and I’ll be more creative and aggressive and will do whatever it takes to win,’” Cuban says he told Jordan in that meeting.

However, Cuban still couldn’t talk Jordan out of honoring his agreement with the Wizards.

“He was a man of his word and said he wouldn’t go back on his commitment,” Cuban says of Jordan. “So that part of the meeting was very, very, very short.”

And, just like that, Mark Cuban’s hopeful dream of adding the GOAT ended abruptly — but it wasn’t due to a lack of trying. Could you imagine what it would’ve been like had Michael Jordan ended up with the Mavs instead of the Wizards in 2001? Sure, MJ was 38 at the time and didn’t have a ton left in the tank, but playing alongside guys like Dirk Nowitzki, Michael Finley and Steve Nash, among others, is something that’s pretty incredible to think about.

In the end, Jordan helped guide the Wizards to just 37 wins during the 2001-02 season, while the Mavericks went on to lead the league in points per game at over 105, had six guys average double figures in scoring, and won 57 games — reaching the second-round of the playoffs. Now, as successful as Jordan has been, this is one decision that he seemed to take a major “L” on, because he probably could’ve impacted that Dallas squad in a big way.

Although Jordan to the Mavericks didn’t seem like a legit possibility, according to Mark Cuban, it’s fun to think about the “what if…?” — and, who knows, maybe His Airness could’ve put together a vintage season that year to earn his seventh NBA title.