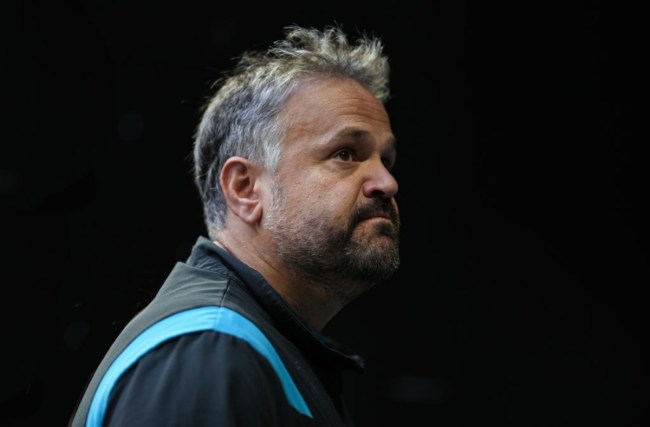 The Carolina Panthers are not a good football team. Sure, having Christian McCaffrey sidelined since November and Sam Darnold missing an extended period of time hasn’t helped things at all, but at the end of the day, this is a bad 5-10 team.

The Panthers have looked like one of the worst teams in the league over their last five games, but head coach Matt Rhule doesn’t necessarily see it that way. According to him, his gameplans, and specifically his two-quarterback system, are working.

That’s literally what he said after his Panthers fell 32-6 to the Buccaneers, which marked Carolina’s fifth straight loss.

“I believe it’s 1000 percent working, I just know no one can see it and I apologize,” Rhule said. “As I tell our team all the time, it took Jay-Z seven years. He had to start his own agency to become an overnight sensation. It takes time.”

Rhule is right, it does take time to build something, but his analogy to Jay Z finding Roc-A-Fella records is truly bizarre, as are his comments about it taking seven years.

If it takes 7 years to get this team where we want to see it, there won’t be anyone there to see it https://t.co/m6aBFb79MP

I will never get over this quote. Jesus Christ. https://t.co/WYBCyd81JV

The Panthers are going to kill it as the charter members of the third iteration of the XFL https://t.co/xmQQgqaZkw

this metaphor does not apply unless Matt Rhule founds his own NFL team https://t.co/Ux5hquVdDH

Rhule is 10-21 as an NFL head coach with two games left on the Panthers’ regular-season slate. While a stockpile of injuries hasn’t made his life easy, there’s no denying that his seat is at least warm in Carolina.