Max Homa Hitting This Golf Shot And Not Falling Into The Water Proves That Golfers Are, Indeed, Athletes 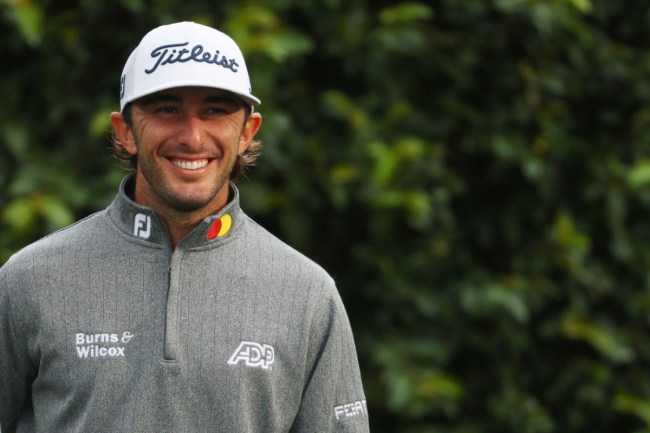 There is a group of people out there that don’t believe golfers, that play at both the amateur and professional levels, are athletes. Those people’s opinions are now mute thanks to Max Homa showing elite athleticism during the opening round of the Zurich Classic.

Homa pulled a tee shot left on Thursday and his ball came about a half-inch from finding the water hazard. The ball was so close to the lake, that Homa couldn’t get a proper stance to aim up the fairway.

This forced Homa to get imaginative, so he elected to give what the golf gods gave him and attempt to pull off an absurd shot.

While he wasn’t able to pull off the shot as planned, the way he defied gravity not falling into the lake is the real takeaway here.

Living on the edge.

Golfers, At Least Some, Are Elite Athletes

If you pay attention to the video, Homa’s front foot starts to slip toward the water right at impact. He wasn’t worried one bit, however. While his entire body is sliding toward the lake, he’s got his eyes glued to his golf ball.

Homa’s footwork and balance may be better than some NFL quarterbacks.

A couple of weeks ago Max Kellerman made the laughable argument that Tiger Woods isn’t an elite athlete. According to Kellerman, Woods and any other golfer for that matter, can’t be characterized as elite athletes because we don’t know how fast they can run the 40-yard dash in or what their verticals are.

Well, we may not know how fast Homa can run or how high he can jump, but there’s no denying he’s an athlete given his ability to avoid falling face-first into that pond.