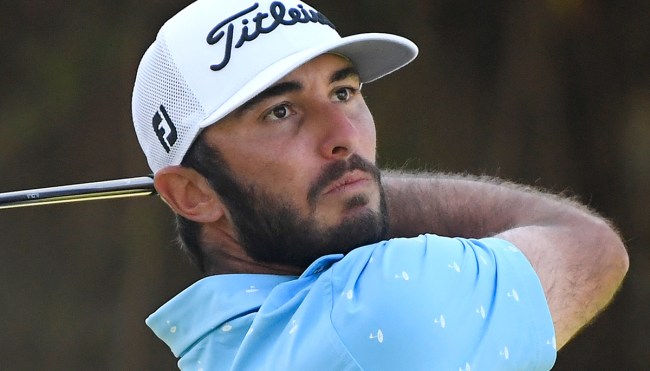 Max Homa has taken a fairly untraditional path on his way to becoming one of the most popular players on the PGA Tour, a journey that’s been an uphill battle for the golfer who had to requalify after losing his card on two separate occasions following a couple of underwhelming campaigns in 2015 and 2017.

However, he managed to bounce back and win his first event as a pro in 2019 and has managed to keep the momentum going since then. Homa kicked off the current season by winning the Fortinet Championship in September and secured his fourth career victory at the Wells Fargo Championship in May, and he’s currently sitting just outside the Top 10 in the FedEx standings with two more tournaments to go until the playoffs begin.

Homa’s social media game is one of the biggest reasons he’s transformed into a fan favorite, as his Twitter feed is home to some Very Relatable tweets as well as some Very Online responses to major developments (like his A+ reaction to Henrik Stenson’s announcement concerning his decision to defect to LIV Golf).

3 day vacation to Italy is officially here. I don’t do vacations. I’ll be bored in about 12 hours. Already did an air golf swing in the airport. Felt good too. There will be plenty more, I imagine

Homa recently chatted with Golf Digest about what it’s been like to suddenly find himself thrust into the spotlight, which includes plenty of encounters with people in search of a picture—including one that took place in a fairly unconventional location:

“I was at my friend Stephen’s wedding. Steve and Sara, two of my closest friends’ wedding.

I went to the restroom they had set up. It was one of those nice outdoor restrooms, so it was very small, and I went in there, and a guy walked past me.

We were washing our hands. He looked over, and he’s like, ‘Oh, do you mind if we get a picture?’ I mean, OK…

There’s a stall in the background, but I’ll do it. So that was definitely the weirdest place.”

At least he waited until he washed his hands.